Promising 2yo The Mighty Fed will be put away for a spring campaign after a dominant victory at Warwick Farm on Wednesday.

He tracked up along the fence and then eased off the heels of front-runner Mr Grumpy before letting down on a Heavy 8 for a two-length victory over 1200m.  At his only other run, The Mighty Fed was always thereabouts when midfield behind class colt Condor Heroes.

The David Payne-trained 2yo is the second winner for Vinery Stud freshman All Too Hard and his first in Australia.

“He showed us early on he would be a good horse but he had a bit of stage fright first-up last month,” Payne said.  “But Blake (Shinn) said he jumped well today and did everything right.

The Mighty Fed was bred by Segenhoe Stud and was a $310,000 buy for Payne and South African owner Markus Jooste at last year’s Inglis Easter Sale.  His NZ-bred dam Swiss Rose (Thorn Park) won a Listed Mode Stakes at Doomben and is from a half-sister to Catnipped (G2 Maribyrnong Plate).

All Too Hard sired his second stakes-performer when All Too Huiying was placed in the Listed Fernhill Hcp (1600m) at Randwick on Saturday.  His first crop have now registered 16 metropolitan placings this season.

This Saturday’s Group 1 Champagne Stakes at Randwick will give All Too Hard’s progeny another chance to shine over 1600m.  It’s the time of year when our classic colts and fillies emerge with an eye to the spring.

Team Hawkes trained All Too Hard and have taken a liking to his stock at the yearling sales.  They have accepted with Reflectivity in the Champagne Stakes and he will be joined by All Too Hard’s interstate raider Aberro.

Reflectivity (2c x Climatic by Fusaichi Pegasus) was beaten a lip in the Golden Gift at Rosehill in November and tuned up for this Saturday’s Group 1 with a last-start placing at Newcastle.  He’s from the immediate family of Redoute’s Choice 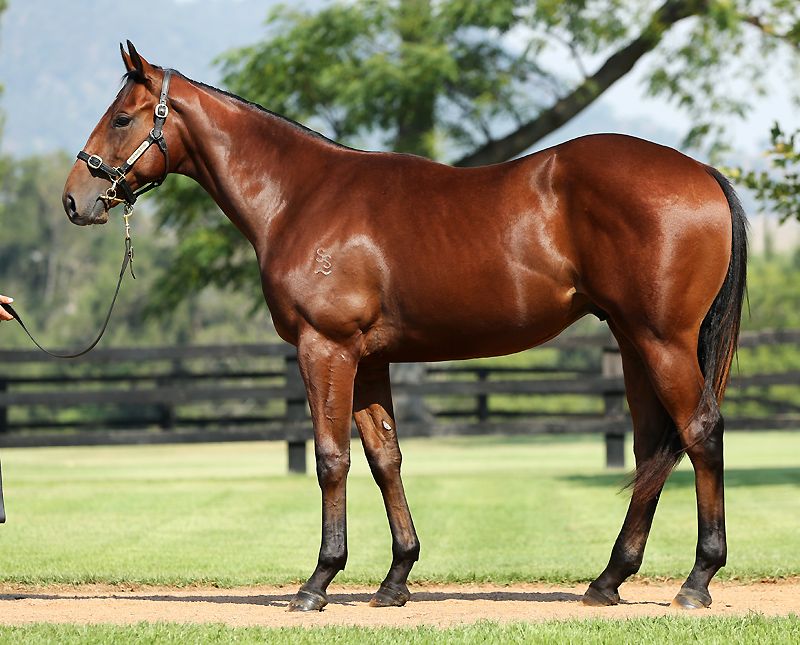