Miss Hipstar landed the first Stakes win for Star Turn at Eagle Farm on Saturday and it won’t be the last for the Vinery freshman at the Brisbane winter carnival.

The Kelly Schweida-trained youngster was racing first-up since January and had to dig deep to defeat Star Turn filly Stellar Magic by a half-length in the Dalrello Stakes (LR, 1000m).

The black-type quinella arrived hot on the heels of Star Turn siring his 8th individual first-crop winner with Eagle Hawk Star at Cranbourne on Friday.

“She has only had one jump-out since January but she’s got a big ticker,” Schweida said.  “I just hope this run doesn’t take too much out of her.  They were coming left and right and she was strong.

“She has the best nature and is a sweetheart.  She led them up in the Magic Millions Classic so has obviously got a lot of natural speed.  But to look at her physique, we always thought she would stretch out to 1400m and 1600m.”

She was bred by Vinery partner Steve McCann (Encompass Bloodstock) and sold through the stud’s draft for $150,000 at the 2020 Gold Coast Magic Millions.  Schweida went back and bought her More Than Ready (USA) half-sister for $425,000 at the Gold Coast in January.

Winning jockey Larry Cassidy rates Miss Hipstar very highly.  “She’s an exciting filly and has put a bit of a spring in my step.  She is pretty versatile and hasn’t been put under any pressure to get here.  She looks after herself at home and can be very lazy but she comes to hand pretty quickly.

“You really have to chase her when she’s galloping on her own, but when you put her with another horse it’s a different story.”

Star Turn produced another bright prospect when Eagle Hawk Star claimed the O’Brien Real Estate Plate (1200m) for trainer Peter Moody on Friday evening.  After settled in the back-half of the field, he was switched to the centre of the track by Daniel Stackhouse to win running away.

Eagle Hawk Star (2g Star Turn – Sunset Coast by Dubleo) was facing the starter for just the second time and is bred to keep improving.  His dam is a half-sister to Vinery’s Group 1 winning Cox Plate graduate Shamus Award. 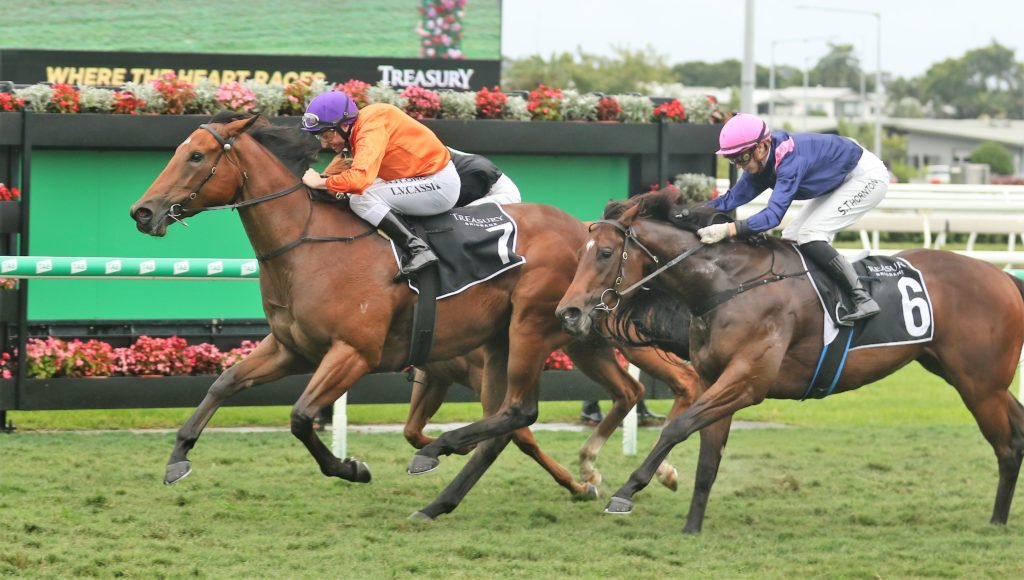