Star Turn has turned up the heat on the Australian second-season winners and wins premierships with doubles on Saturday and Sunday.

The Vinery stallion has sired 8 winners of 12 races this season to increase his lead on those tables from Flying Artie (7 – 7) and Capitalist (6 – 7).  Startantes was the first of his four winners and she was joined by Rebel County, All Dash and Max Fire on the weekend.

Trainer Rob Heathcote hinted Startantes will head to Sydney on the back of a hat-trick at Doomben on Saturday.  “We might have to look further afield,” he said.  “There’s not much of her but she really packs a punch.  We call her ‘Pumpkin’ at home.  She’s a dream around the stables and has earned a trip away.”

The brilliant Brisbane filly came from last to win the TAB Quality (1350m) by more than two lengths from Whitewater (Headwater) and Bulloo (Written Tycoon).  Starting a $2.25 favourite, she looked to have the job ahead on the corner before cutting loose with an electric turn of foot under Taylor Marshall.

Startantes could be floated down south with stablemate Rothfire who is already signed up for a start in the $15 million The Everest (1200m) at Randwick on Saturday, 16 October.

Heathcote wasn’t concerned when she was spotting the leaders over a half-dozen lengths on Saturday.  “Taylor has a close affinity with the filly and that’s the way to ride her.  She was well back here last time and still ran the fastest final sectional off a moderate tempo.”

After breaking maiden ranks at Eagle Farm in March, Startantes has won her last four in a row at Doomben for Heathcote and his wife Vicki.  The partnership also includes good friend Rob Ciobo who was in their champion sprinter Buffering (Mossman).

“It’s a family that has been near and dear to us from when I had her second-dam Funtantes,” Heathcote added.  “Now it’s left us this cracker.”

An hour later, Rebel County scored another on-pace victory at Goulburn for Dynamic Syndications in the Douglass Blinds Hcp (1600m).  He firmed from $3.20 into an odds-on favourite and overcame a difficult run in the straight after being hampered by wayward front-runner Tinker’s Lad.

“He kept fighting to make it back-to-back wins,” Dynamic manager Dean Watt said.  “We were considering a crack at the Gloaming Stakes and Spring Champion Stakes as we did with Love Tap last season.  However, we have decided that he is physically and mentally not there at this stage, so we will head for a short let-up with the promise of nice races next time in.”

Star Turn sired Rebel County from County Cork (Fastnet Rock) who is a half-sister to Savabeel.  He was a $75,000 graduate from the Westbury Stud consignment to the 2020 Gold Coast Magic Millions.

All Dash was the third Star Turn to salute despite drifting to the outside of the track in the Ray White Maiden (1600m) at the Sunshine Coast on Sunday.  The Alan Jones-trained filly had been off the scene since a midfield debut at Corbould Park last November but was forward enough to defeat Fresh Prince (Starspangledbanner) by a length.

“That was a huge effort.  I’m so proud of her,” his wife Linda Jones said following the first-up victory over a mile.  “Alan likes to get them ready to run over ground – there’s not as much pressure.  She’s not very big but has potential.”

All Dash was bred by Rothwell Park and sold as a foal to Alan Jones for $8,000 at the 2019 Magic Millions National Weanling Sale.  He bought her for Linda, a Group 1 trailblazer for women jockeys in the 1980s, and their daughter Claire who is married to Michael Hawkes.

She’s the first foal of Toowoomba winner Silk Sheets (Exceed And Excel) who is related to 2003 Golden Slipper Stakes Gr.1 winner Polar Success (Success Express).  “We had a lovely run until I put her into daylight,” jockey Zac Lloyd.  “She started running about and will be a nice filly once she learns how to balance up and go straight.”

Max Fire completed the winning weekend for Star Turn in slippery conditions at Oakbank.  Appearing second time out for On Fire Racing and trainer Travis Doudle, he camped on the pace and raced clear under a confident ride by Ryan Hurdle. 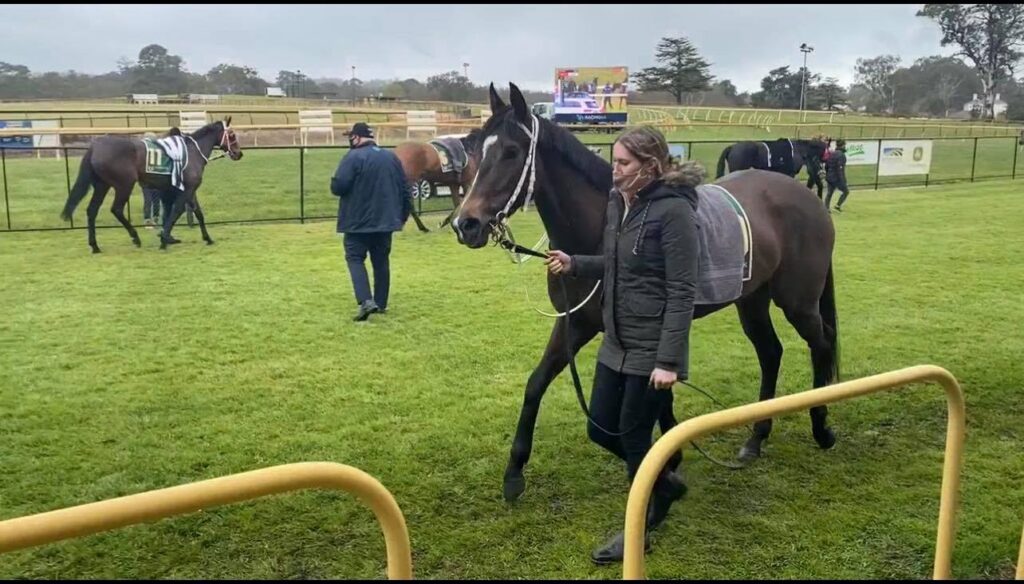