Star Turn has kept Capitalist in his sights at the top of Australian first-season winners’ table and they will stay in the spotlight during the final fortnight of the season.

The Vinery freshman cut the margin to one when Avolonte won at the Sunshine Coast on Sunday but Capitalist hit back with Feudalist at Nowra on Monday.

Capitalist has sired 19 individual 2yo winners in Australia this season (plus Mozzarella in NZ) while Star Turn has been credited with 17 (plus Cordyceps Six in HK).

Avolonte impressed trainer Stuart Kendrick when letting down for a power-packed victory second-up in the Platinum Talent Management Hcp (1000m).  “She put it all together today and we will take her to town now,” the Sunshine Coast handler said as apprentice Kyle Wilson-Taylor brought the winner back to scale.  “She finished with a rush and the margin could have been greater because she had no luck in the run.

“She’s a very promising filly and has always shown plenty of ability.  She had been immature mentally but benefitted from a spell and has come back a lot more tractable filly.”

Avolonte (2f Star Turn – Testa Sarah by Testa Rossa) was sold by Vinery (as agent) for $60,000 at the 2020 Inglis Classic Highway Sale to Bloodstock Solutions agent Liam Birchley.  Her dam has another Star Turn filly foal at Vinery.

Birchley bought her on behalf of a syndicate managed by Chris Wessel.  He was also a part-owner of Mossman sprinter-miler Crack Me Up who was voted Queensland Horse of the Year in 2017-18.

Kendrick has several gallopers by Vinery sires on the books at Caloundra like his recent All Too Hard 2yo winner Bayerische.  Yearling additions to the team with shares still available include an All Too Hard filly from Warsaw Pact (More Than Ready) and a More Than Ready filly out of Girls Night Out (Charge Forward). 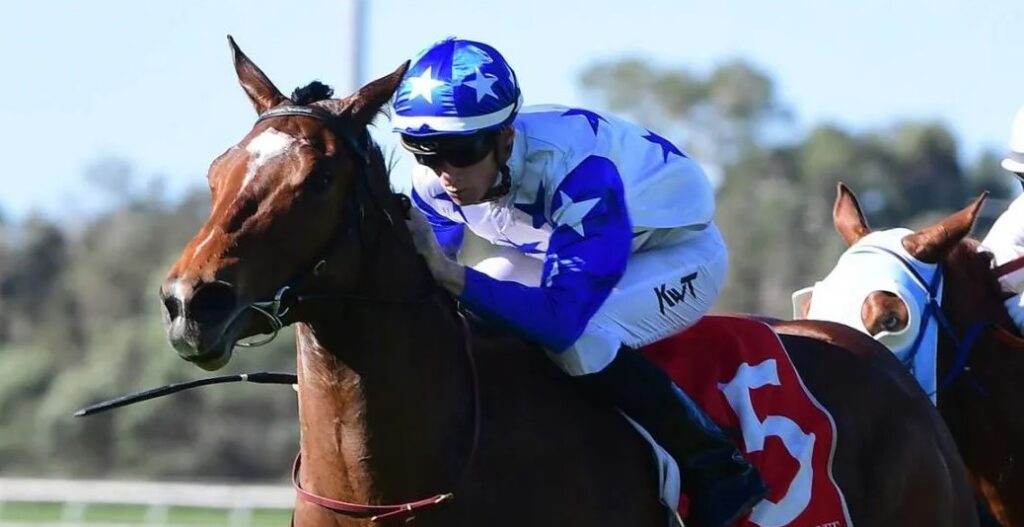