Notions gave her rivals a galloping lesson at Nowra on Monday to continue the winning run for Victorian breeders who have supported Press Statement at Vinery.

Miranda Park owner Gary O’Meara bred Notions and that gave her a head-start in life being reared in the heart of the Macedon Ranges.  Racing first-up for the new team of Dynamic Syndications and trainers Richard & Michael Freedman, she put them away with ease in the Solomon Motors Maiden Hcp (1200m).

“It wasn’t about winning a race at Nowra.  It was about teaching her to be a racehorse and lay the foundations for better races later in the year,” Dynamic manager Adam Watt noted.  “We had Love Tap break his maiden at Nowra last year and he went on to win a Group 3 in the Gloaming Stakes.

“She could measure up to similar company if things go right for her in the Spring.  She’s a stayer on the rise.”

Notions (2f Press Statement – She’s Sirius by Galileo) is from a mare who won two races over a mile at the Sydney provincials.  She is a half-sister to Spectrolite (VRC Ottawa Stakes LR) and has foaled winners up to 1900m.

Miranda Park sold Notions to Aquis Farm for $70,000 at the 2020 Inglis Melbourne Premier Yearling Sale and she changed hands again when making $90,000 to the bid of Dynamic Syndications at the Magic Millions Gold Coast National Sale in June.

Press Statement was represented by another Victorian-bred winner last week when El Santo was freshened up for a two-length victory in the Porter Plant Hcp (1500m) at Ballarat.

El Santo was bred and sold by Rushton Park owners David & Kayley Johnson for $36,000 at the 2019 Adelaide Magic Millions.  Press Statement got him from Lucha Libre (Pins), a South Pacific Classic LR winner at Randwick.

The Johnsons are based at Tatura and they also bred Star Turn 2yo filly All About Eve to win on debut at Bendigo in May.  She followed up with a fast-finishing second in the VOBIS Gold Elvstroem Classic (1300m) at Swan Hill.

El Santo was dropping back from 2100m to 1500m on the advice of Brett Prebble who rode him for the first time at Werribee last month.  “Brett told me he was travelling like a winner but didn’t finish off,” trainer Dan O’Sullivan revealed.  “A scope came up clean so it’s just a case of him having a short, sharp sprint.”

Apprentice Tatum Bell took over at Ballarat and sat quietly behind a fast pace set by Iska.  After balancing at the top of the straight, he accelerated and already had them covered at the furlong.  “Tatum rode him really well,” O’Sullivan said.  “There’s a lot of upside he will keep improving with experience and age.”

Press Statement’s late-season Hong Kong winner Steel Win was bred just south of Wodonga by Reg Ryan.  “He was a nice type and his dam Lago Joy foaled another Press Statement the following year,” Ryan said.  “That colt is also heading to Hong Kong for a client of Upper Bloodstock”

Press Statement’s rise to Top 5 on the Australian second-season winners table (37 winners of 56 races) reflects an encouraging start to his stud career.  Among them are several preparing to take the next step ahead of their 4yo spring campaigns. 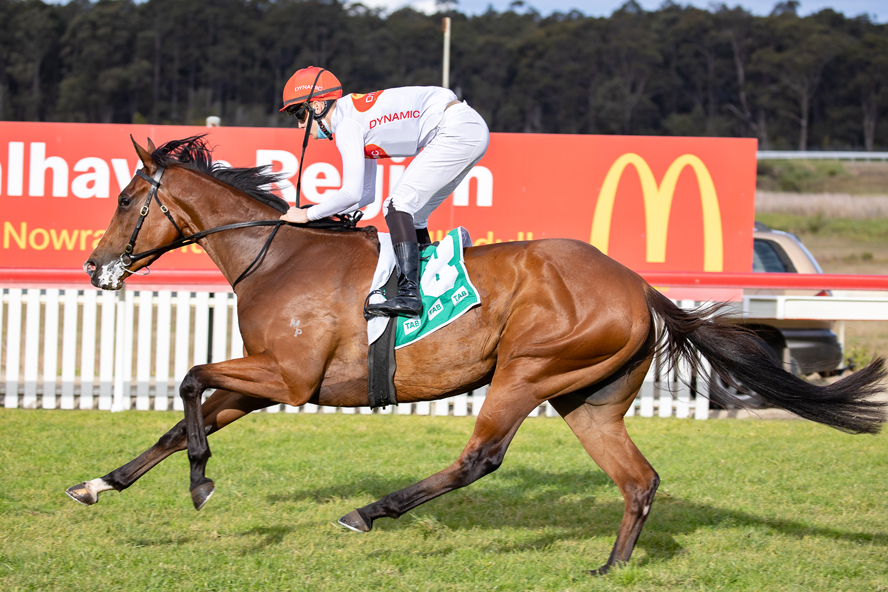