Eliza Park International sire Statue Of Liberty (USA) remains a force in Japan where his short-course colt Active Minoru scored a front-running Group 2 victory in the Centaur Stakes (1200m) at Hanshin on Sunday.

Active Minoru (3c Statue Of Liberty – Piena Amazon by Agnes Tachyon) was bred at Fujiwara Farm and is raced by Minoru Yoshioka.  He started one of the outsiders at $48 against all-ages but pinched as break in the straight to defeat the fast-finishing Deep Impact mares Uliuli and Barbara.

The Centaur Stakes was worth the equivalent of AUD 1,285,470 and it was his second black-type success following the G3 Nisai Stakes (1200m) at Hakodate last year.

Statue Of Liberty (Storm Cat) originally shuttled to Blue Gum Farm for three years between 2004 and 2006 but did not return due to the E.I. crisis in 2007.  Coolmore Stud subsequently sold him to East Stud in Japan but, after an absence of two years and an avalanche of winners, he was hot property in Australia.

Mic Mac had won the G2 Hobartville Stakes at Rosehill, Tassie filly Tempest Tost the 2009 Gold Coast Magic Millions 3YO Trophy, Hay List won 8 from 8 in Perth and there was black-type for his talented fillies Dan Baroness and Elysees.

Blue Gum Farm wanted Statue Of Liberty back but lost out in a bidding duel to Eliza Park.  Since returning to Victoria in 2009, he has averaged books of 110 mares and is available for an $11,000 (inc gst) service fee at Kerrie this year. 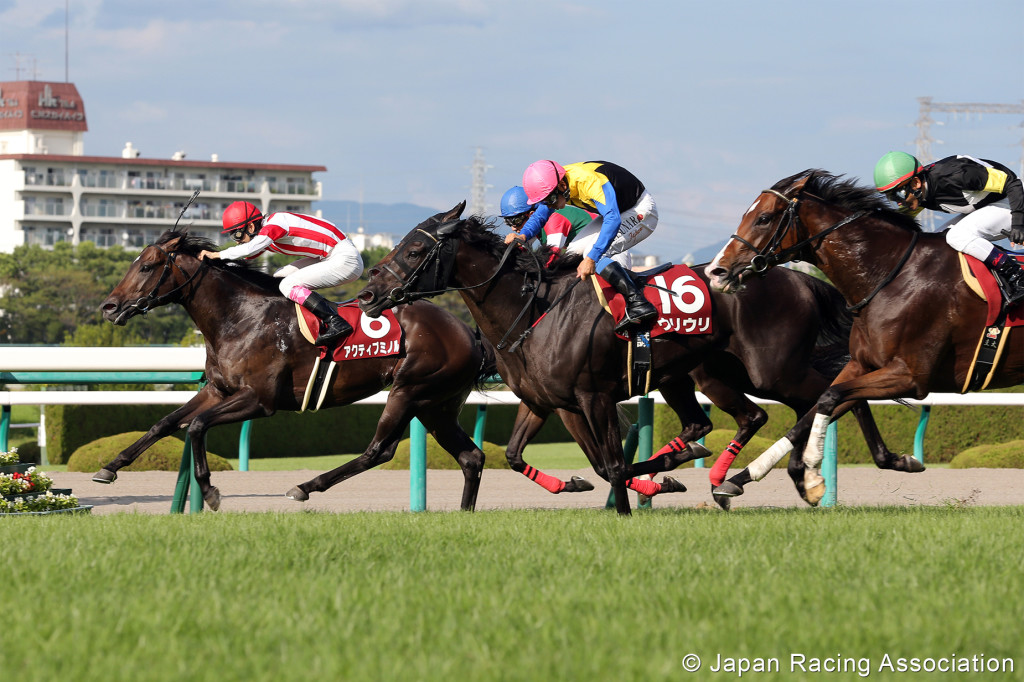