All Too Huiying usually strings a few wins together when he strikes form for Vinery sire All Too Hard.

Trainer Phillip Stokes is confident there’s more to come following a solid victory over odds-on favourite Sikorsky (Pierro) in the Neds Hcp (1600m) at Caulfield on Saturday.  “He’s been up against good horses in Adelaide and ran fourth in a Group 3 over there last time.  He had been off the scene all season and is building fitness to get over 2000m next start.

“He’s found form but is still a stallion – that might have something to do with it.”

His first winning run commenced in a Wyong 3yo maiden and progressed through a Hawkesbury BM66 to complete a treble in the VRC Connoisseur Stakes LR at Flemington.  He came close to another hat-trick this time last year winning 3 from 4 at Sandown and Morphettville.

Stokes also complimented the ride of apprentice jockey Michael Poy whose claim brought All Too Huiying into the race carrying 60kg.  “He was happy sitting back midfield but when I asked him to let down he went super,” Poy said.  “He was good and strong to the line and can hopefully go on with it in Melbourne.”

All Too Huiying is a half-brother to three stakes winners bred by SATB Treasurer Brenton Parker.  The quartet is headed by Group 1 star Good Journey and also includes Danish Twist (Dark Jewel Classic Gr.3) and Heart Of A Lion (Oakbank Stakes LR).

All Too Huiying arrived in All Too Hard’s first crop and is one of 100 individual winners to emerge from his initial season at Vinery.  His winners-to-runners strike-rate from that first crop is 79%.

Meanwhile, South Australian trainer David Jolly has decided not to send All Too Hard gelding Behemoth to this Saturday’s Stradbroke Hcp Gr.1.  “He’s at home spending time in the paddock and coming in for some light treadmill work,” Jolly revealed.  “Being such a big horse, we feel that will help when we start to crank him up again for the spring carnivals.”

Behemoth had two runs at Morphettville this prep for a second in the D C McKay Stakes Gr.3 before coming from last of 14 on the home turn to finish fourth to Trekking in The Goodwood Gr.1. 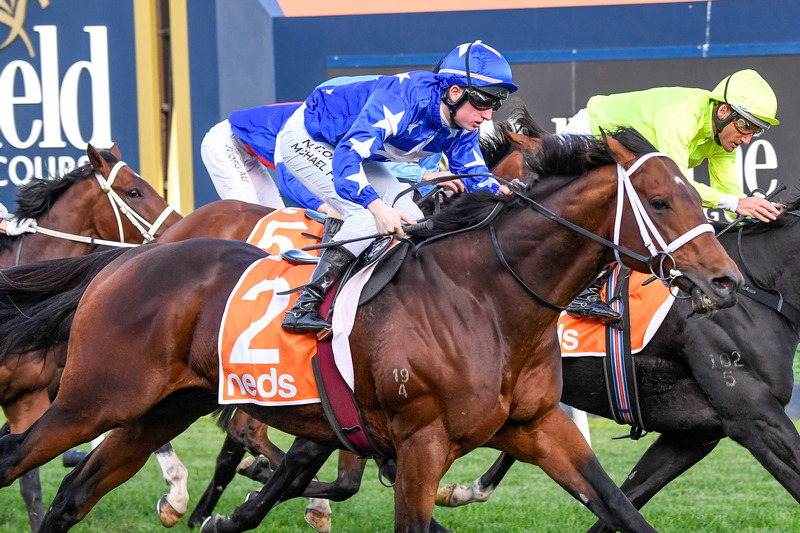