Swettenham Stud shuttler Americain (USA) has received a strong vote of approval from buyers at the Keeneland September Sale with his first yearlings selling up to $100,000.

Americain covered his first two northern books at Calumet Farm in Kentucky before the iconic farm’s owner Brad Kelley transferred him to the Irish National Stud earlier this year.

“He’s the best-looking son of Dynaformer I’ve ever laid eyes on,” Calumet manager Eddie Kane declared on Friday.  “And his yearlings really looked the part at Keeneland this week.  They’ve got plenty of leg and length with a lovely shoulder and they sure look like athletes.”

Americain’s chestnut filly that made six-figures at Keeneland was purchased by agent Shawn Dugan.  “Shawn is married to Hall Of Fame trainer Neil Drysdale and the filly will be in good hands,” Kane continued.  “Her dam Queen Of Money won a Group 3 sprint at Santa Anita and has already foaled two stakes winners.

“The Americain colt from Madre Terra is typical of the sire and will run all day.  His dam is a FuPeg half-sister to this year’s Santa Anita Derby winner Dortmund and was bought by Phil Needham of Betz Thoroughbreds.

“And I really liked the Americain filly from Wine Glow offered by Denali Stud.  She was passed-in for $55,000 and I thought she was worth much more than that, too.

“Keep in mind, Americain is largely regarded as a turf stallion in the USA – so was Dynaformer – and that rules out a lot of pin-hookers and such.  But that’s not going to stop him in the long run.”

Calumet Farm owner Brad Kelley has retained 20 homebred Americains to race out of Florida and Kentucky next year.  He’s also sending yearlings to Ireland where they will be trained by Dermot Weld.

Americain is back at Swettenham for a third southern season after serving 288 mares in his first two books.  He is available at a $13,750 (inc gst) service fee. 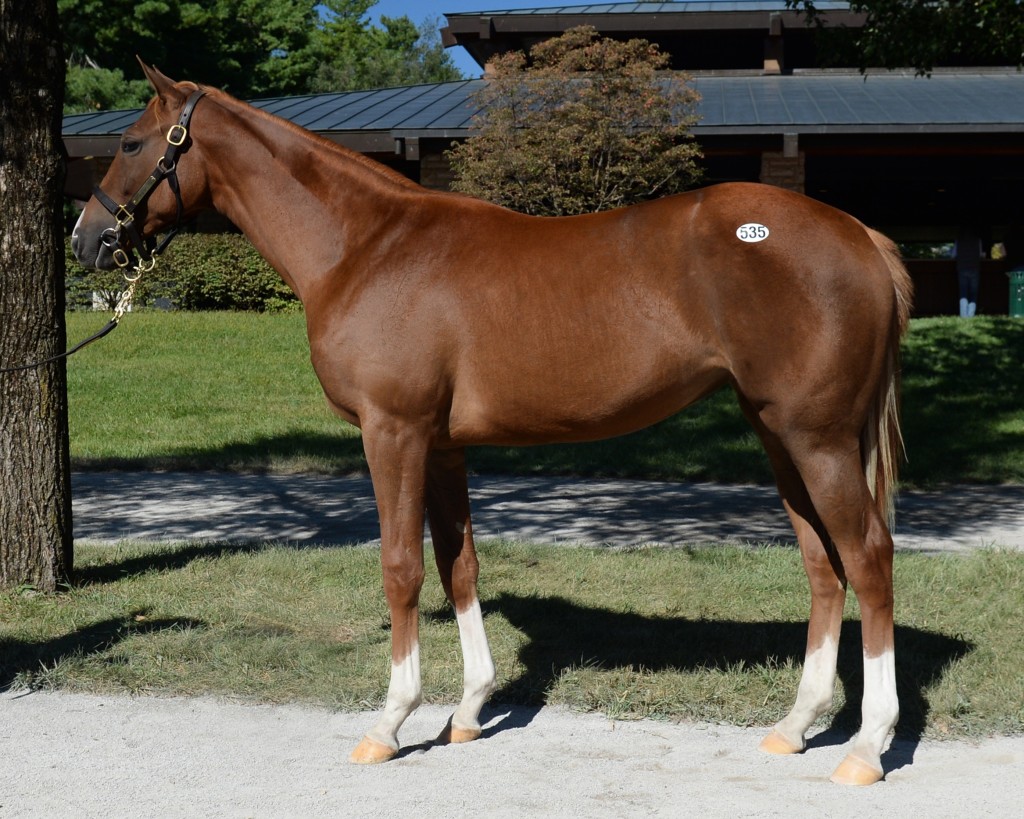