The Robbie Laing trained gelding has won 4 of his last 7 starts and his victory in the Dad & Dave’s Turf Hcp (1200m) was achieved against the odds at Pakenham on Wednesday.

“What a tough horse – he’s been low-profile but was too strong today,” Laing said.  “Before the race, Jake Bayliss had the speed maps sorted out and was going to lead and then stack them up.”

Those plans went awry when Volontiers missed the kick but Bayliss didn’t panic.  “They went back and settled before working home from the 600m,” Laing said.  “We’ve freshened him up on the Aquacisor and will now look at the midweek meeting during the Caulfield carnival.”

Volontiers (4g Volitant – Frontiers by Jade Hunter) is from a family light on black-type for the last three generations.  His dam raced once but she has foaled five minor winners and there’s also a Volitant yearling filly waiting in the wings.

Volitant (Flying Spur) won Group 3 sprints in the Moonga Stakes and Victoria Hcp at Caulfield beating top-class sprinters Yell and Titanic Jack.  He retired in 2007 but was caught up in the dreaded purple zone of the E.I. crisis in NSW.  Then his second season was scuppered by an ownership dispute.

Transferred to Victoria, he stood at Oxford Park in West Gippsland before moving to Seymour trainer – studmaster Alan Diggins.  “We just bred him to our own mares first-up but there’s been outside interest with winners coming through this year,” he said.  “Violent Snow has won a couple for Jason Warren and Flying Aurora has won 3 races and been placed 5 times in showcase and metropolitan events.  She’s back in work with Leon Corstens and has done enough to suggest she goes as well as Volontiers.” 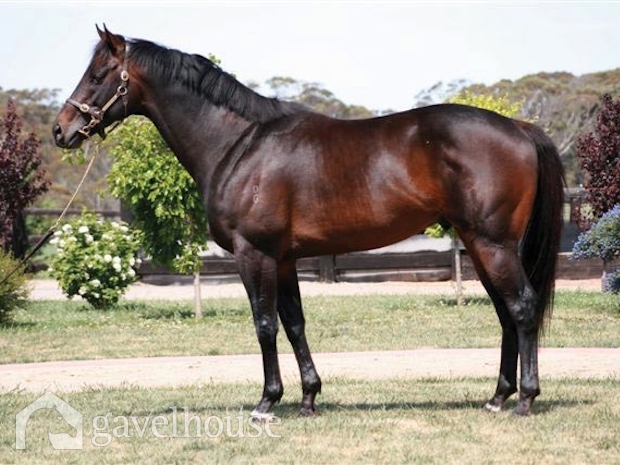