Magic Millions has drawn the curtain on a stunning Perth Yearling Sale with another strong set of figures for Book 2 on Wednesday.

By any measure, it was a resounding tick of approval for the Western Australian racing and breeding industries.  The local buying bench accounted for all bar five yearlings that totalled $550,000 to the Eastern States and Hong Kong.

“Wednesday’s trade capped what has been a very memorable Perth Sale,” Magic Millions WA Manager David Houston said.  “While records have been broken, there were great opportunities for buyers to source quality stock at very competitive prices. 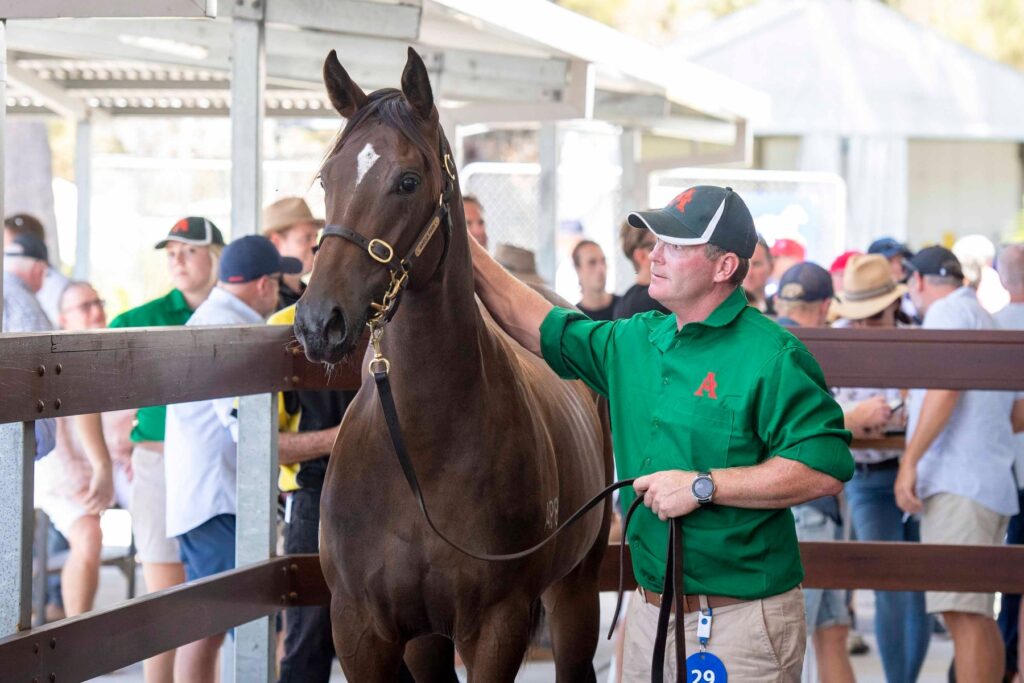 “The Western Australian industry is in a very healthy position.  Our breeders produce quality horses and for the buyers to participate in their local market to such a level is fantastic.”

Houston paid tribute to the team that came together under extreme restrictions in hosting vendors and buyers in the Swan Valley.

“So many challenges were thrown at us.  I couldn’t be more proud of the efforts of those who worked under great duress to help the sale post record results.  A special thanks to Charlotte Geoghegan who led the way and to our auctioneers and vets who all went to great lengths to conduct the sale despite travel changes and quarantining.

Coolmore Stud sire Merchant Navy topped Day 2 with Amelia Park’s colt (pictured) from Irish Stakes-performer Bumbasina (Canford Cliffs).  Catalogued as Lot 274, he was purchased by Wally Daly for $160,000 and will go into training with Sean and Jake Casey.

“Merchant Navy is a Fastnet Rock and there’s one or two outstanding Canford Cliffs so that cross is quite good,” Daly said.  “The colt wasn’t on my list before I came to the sale, but now and again you get a rush of blood.”

Second on the Book 2 leader-board was Yarradale Stud’s Gingerbread Man – Habenera colt (Lot 301) targeted by Gangemi Racing for $140,000.  Yarradale also finished equal-third among five lots that were knocked down for $110,000 with a War Chant – Frizzled colt (Lot 297) purchased by Stephen Miller.

Among the other four were Alwyn Park’s Maschino – Amazingtale Tale filly (Lot 253) and Awesome Rock – Balmont Girl colt (Lot 264) that were sold to Harvey Racing and Belmont Bloodstock respectively.