Despite border restrictions, local buyers responded with an overall spend of $12.76 million on the 140 Lots that changed hands on Tuesday.  The 2021 turnover was $8.39million for 118 Lots.

The absence of visiting buyers was off-set by the domination of interstate stallions.  Playing God topped trade with a $330,000 colt but the Darling View Thoroughbreds champion was the only locally-based stallion to appear on the Top 10 leader-board.

“It was a super day’s selling,” Magic Millions WA Manager David Houston said.  “We’ve been locked out and isolated and had to transfer the sale dates.  To overcome all those obstacles makes it even more impressive.

“There was competition from the east but the locals were too strong and we are hoping the momentum can continue tomorrow.”

Perth agent John Chalmers secured the Day 1 leader with $330,000 for the Playing God – Moodometer colt (Lot 174).  “I didn’t think he would make that much,” Chalmers said. “My client put a limit on him but we had to keep extending.  He’s a big, staying-type with lots of scope.  And his full-sister (Mood Goddess) is already a black type filly so we know the cross is working.”

Moodometer (Pricelessly) was trained by Steve Wolfe for feature wins in the G3 WA Oaks and LR Sheila Gwynne Stakes.  She was part of the Mungrup Stud dispersal in August 2020 when purchased by Peter Diamond for $16,000.

Her Playing God colt was sold by Willaview Park (as agent) and the mare was bred back to Playing God in October.   “To be honest, he wasn’t the pick of the draft until we came up here,” Willaview Park’s Claire Williamson said.  “We knew there were genuine bidders on him but it’s a really nice surprise – we are stoked.  He’s a one-off and an outstanding looking horse.”

Top-price among the fillies was the Russian Revolution – Samovare yearling (Lot 29) from Amelia Park that made $320,000 to Mark Pilkington Management.

Leading trainer Adam Durrant was next on the leader-board with colts by So You Think ($320,000) and Deep Field ($300,000) from Lynward Park and Willow Dale Farm, respectively. 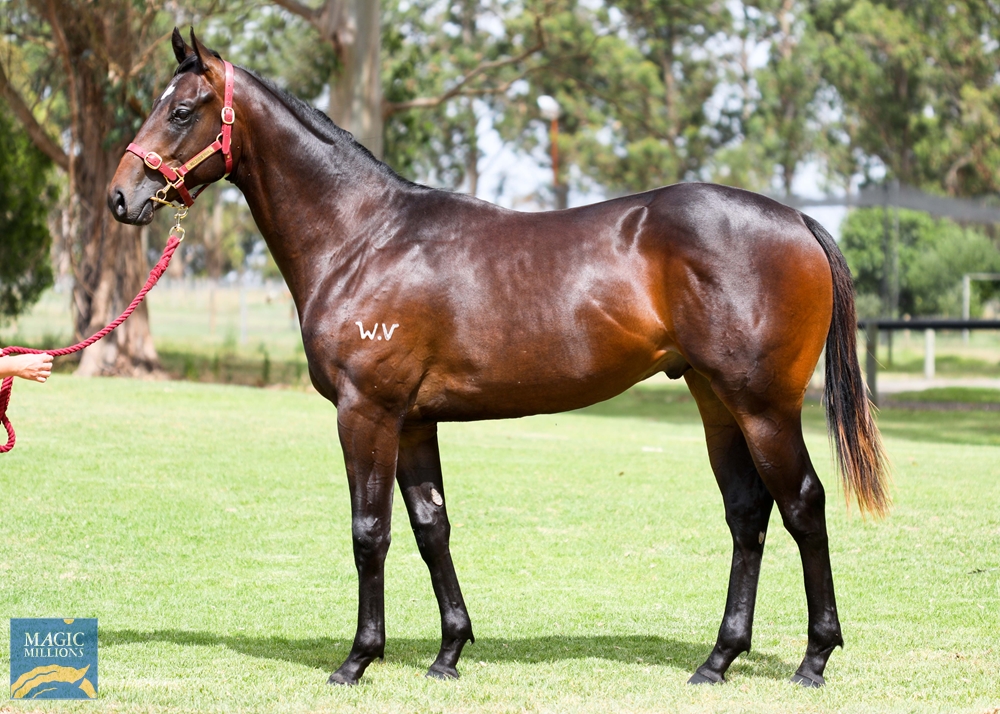