Robert Smerdon nominated and scratched Superhard several times before finding the right race for his debut at Pakenham on Tuesday.

The All Too Hard colt was the medium of substantial support in pre-post markets for the Polytrack Maiden Plate (1000m) and the response was even better than expected.  Given time to settle by Ryan Maloney, he was the best part of a dozen lengths off the lead into the straight but let down and lengthened like a class horse to win eased down.

“He’s still a work in progress but is going the right way,” Maloney said after the two-length victory.  “He had been aggressive in trackwork and trials but switched off and then accelerated today.  He’s got plenty of raw ability and more racing will bring out the best in him.”

Superhard (3c All Too Hard – Royal Season by Royal Academy) is a half-brother to 2013 VRC Sires’ Produce Stakes-Gr.2 winner Twilight Royale (Testa Rossa).  He caught the eye of Champions Thoroughbreds and was knocked down for $130,000 at the Inglis Easter last year.  He also rated very well with Matchem Genetics Cardio testing before the Sale.

Smerdon has nominated Superhard for the Caulfield Guineas-Gr.1 (1600m) and Caulfield Classic-Gr.3 (2000m) in October.  “He’s a lovely colt by All Too Hard and he will improve from the exposure to race-day pressure,” he said.  “He’s a horse who will appreciate stepping up in distance as he progresses through this preparation.”

Vinery sire All Too Hard was a top-class 2yo who developed into a champion 3yo and his first-crop are maturing along the same lines with the classics just around the corner.  He was the leading winner-getter among Australia’s first-season sires in 2016-17 and has hit the ground running with 4 individual 3yo winners already this season. 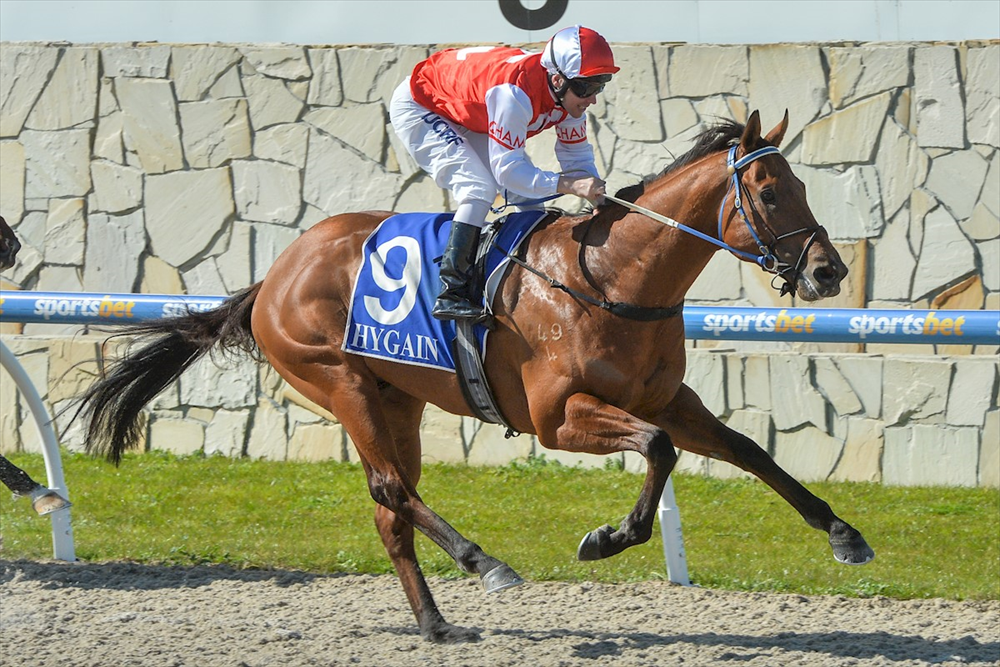