Sweet Deal will remain in training with John Thompson after changing hands for $850,000 at the Inglis Chairman’s Sale on Friday.

The 6yo daughter of Vinery sire Casino Prince was purchased by NSW nursery Lustre Lodge and will be set for the Group 1 Tatt’s Tiara (1400m) at Eagle Farm on June 26.

“We always had her in mind and were won over during inspections,” Lustre Lodge manager Paige Belsham said.  “She was among the best physicals here and there’s plenty of upside ahead of the Brisbane winter carnival.

“John has done a great job and we weren’t about to change anything while he has her ticking over so well.  There are no concrete plans for her first cover later this year – there’s plenty of time to make that decision.”

Lustre Lodge directors Glen Spratt, David Knight, Peter Colley and Michael Flannery served notice they are serious players in the industry after spending $1.65 million at the Chairman’s Sale.  Their shopping list was filled out by Veravarti (O’Reilly) in foal to I Am Invincible and Global Thinking (So You Think) in foal to Zoustar.

Sweet Deal was last seen winning the Hawkesbury Crown Gr.3 on May 1.  “She was on our short, short list as a yearling,” previous part-owner Calie Stone recalled.  “She was a nice-sized filly and a lovely mover with a real presence.  We found the right trainer and it’s been a team effort right through. When all those components come together for success at that level it’s an unbelievable feeling.”

Thompson was one relieved trainer when Sweet Deal floated back from Riverside to his Alison Road stables at Randwick.  “She always gives 100% and we knew she had ability from Day 1.  She raises the bar every prep and you wouldn’t get a better type as a broodmare prospect.”

The Helen Coughlan Stakes LR on May 29 will be her first start in Queensland since a previous trip north which included a close fifth to Invincibella in the 2019 Dane Ripper Stakes Gr.2.  She will tackle the Dane Ripper again at Eagle Farm on June 12 before her Group 1 grand-final in the Tatt’s Tiara on June 26.

High-end mares by More Than Ready (USA) also made good money at the Chairman’s Sale.  NZ Gold Trail Stakes winner Serious Satire, offered in foal to Snitzel, was purchased by Kia-Ora Stud for $675,000.

The Vinery legend’s 4yo mare Anna Cecelia received a Group 1 update when her younger half-brother Captivant won the Champagne Stakes at Randwick on April 24.  Sold in foal to Ocean Park, she made $420,000 to the bid of Boomer Bloodstock acting for Musk Creek Farm.

Boomer Bloodstock’s Craig Rounsefell had purchased Sweet Deal (as agent) for $67,500 at the 2017 Melbourne Premier Yearling Sale.  Her record now stands at 11 wins in 42 starts for earnings of $1.47 million and counting. 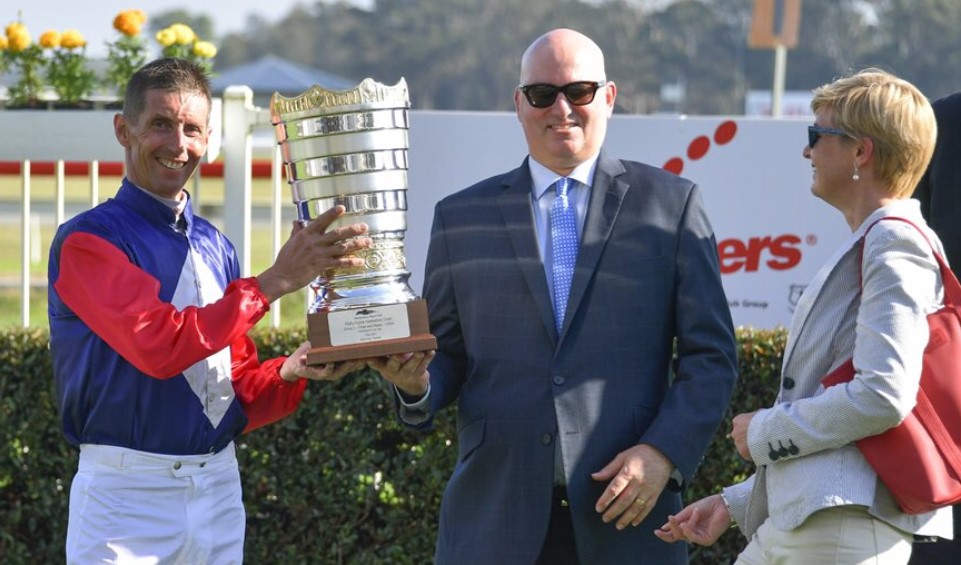