Progressive gelding See the World could head to the Ramornie Handicap at Grafton after an impressive victory in the LR Takeover Target Stakes (1200m) at Gosford on Friday.

The Danzero gelding was bred and sold by Swettenham Stud for $120,000 at the 2008 Gold Coast Magic Millions.  He races in the same silks made famous by Sir Dapper and Juggler and has now banked over $260,000 for part-owner Peter Horwitz.

See the World (5g Danzero – Global Dance by Spinning World) reeled in the leaders to score by a neck over last start Flemington winner Beyond Pardon (Invincible Spirit).  He was coming off a fast-finishing fourth to Alberton Park in the LR June Stakes at Rosehill on June 9.

See the World had won his maiden at Gosford in April 2010 and he returned to the Central Coast for a breakthrough victory at black-type level.  “He’s been in really good form this prep and it’s no surprise to see him get the money,” trainer Joe Pride said.  “The Ramornie is on the agenda.  He’s not the best of travellers but will definitely go up there if it’s a soft track.”

Danzero stands for an $11,000 service fee at Rosemont Stud in Victoria by arrangement with Arrowfield.  The Gosford result increased his stakes winner count to 39. 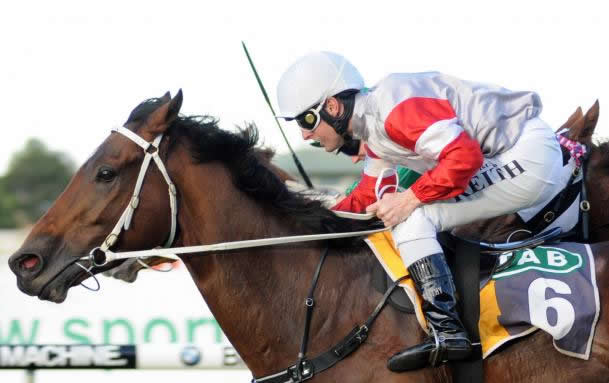