The colt by Vinery sire Star Turn from Dukemore (Encosta de Lago) was the centre of spirited competition before Team Hawkes won out with a final bid of $550,000 on Day 1 at the Magic Millions Yearling Sale.

John, Michael and Wayne Hawkes trained Star Turn and agreed his colt (pictured) from Dukemore was the one they really wanted.  “We were lucky enough to get him but, gee whiz, we had to chase hard,” Wayne Hawkes said.  “He’s absolutely Star Turn all over.”

Dukemore is a half-sister to Widden Stakes LR winner Superfly and their dam Allez France (Hennessy) was also a juvenile black-type winner at Randwick in the Keith Mackay Hcp LR.  “Dad saw him first at the Glenlogan Park barn and said ‘Wow’,” Hawkes added.  “Star Turn was a great racehorse and we would love to make one of his sons into a great racehorse, too.”

Edinglassie manager Mick Talty is a Star Turn fan and described his colt as a beautiful mover and built in the mould of his sire.  “I like Star Turn and I have one of his foals on the ground at home.  He was a superb athlete and his colt is a very strong individual.” 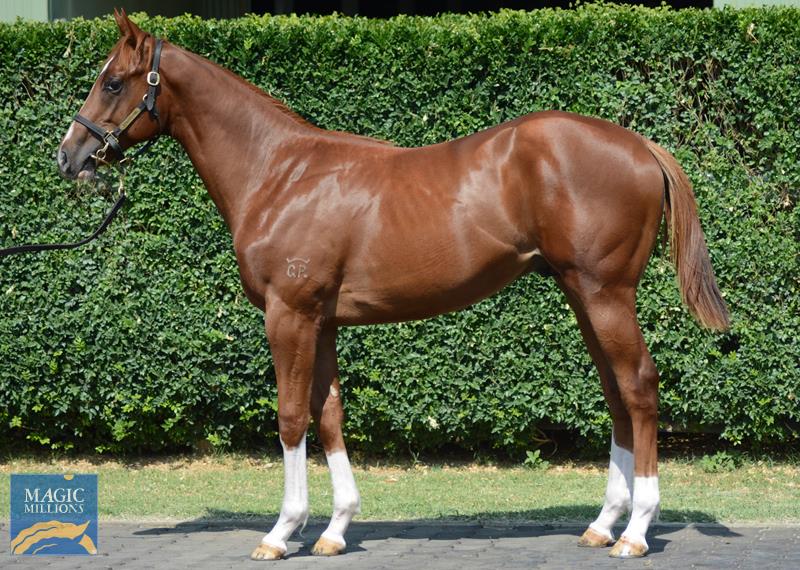