The chestnut colt (pictured), who was catalogued as Lot 453 by Lime Country Thoroughbreds as agent for Makybe, is from La Fluorescent who is a half-sister to stakes winners Savvy Nature (Moonee Valley Vase Gr.2) and Addictive Nature (Ming Dynasty Hcp Gr.3).

More Than Ready is the alpha-male among shuttle stallions and Cuddy rated the colt as his best on the Gold Coast sale-grounds.  “If all goes to plan, we’ve got a horse that we can stand in Australia and Kentucky,” Cuddy said.  “He’s out of a General Nediym mare and with his speed mixed with More Than Ready, gives him every opportunity.

“More Than Ready gets a really good type but this guy had a big engine, a big lovely shoulder and he just walked out of his box every day and never turned a wrong foot.” 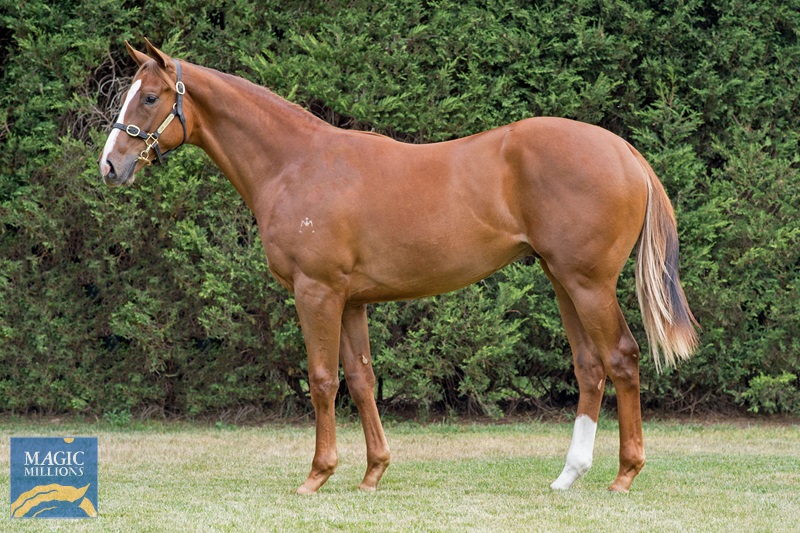