The Candy Man has built a cult-like status in Queensland and his fan-base is growing across the Tasman after a barnstorming victory at the Sunshine Coast on Saturday.

The grey son of Vinery sire Casino Prince overcame trouble in transit to claim the $105,000 Mooloolaba Cup (1600m) for managing part-owner Lucky Pippos and trainer Barry Baldwin.  He had fostered a huge following earlier this year with 7 wins in a row culminating in the Premier’s Cup Gr.3 at Eagle Farm in May.

It was also a timely result for Westbury Stud ahead of the NZB Ready To Run Sale at Karaka on Wednesday and Thursday.  Its draft includes 2YO sons of Vinery sires Casino Prince, Press Statement and All Too Hard.

Westbury Stud sales manager Dylan Johnson took time out during inspections on Sunday to talk about the trio starting with the Casino Prince gelding who is the first foal of Always in Trouble (Lot 258).

“The Candy Man is doing a great job for Casino Prince and our gelding has a particularly good action,” Johnson said.  “He clocked a nice breeze-up time (10.91s) and has been popular since we arrived on the sale grounds.”

Johnson said Westbury’s Press Statement – Loch Leven gelding (Lot 43) has handled the 2YO Sale prep and parades like a real professional.  Their All Too Hard – Daly River gelding (Lot 333) is from an unraced half-sister to Group 3 winners Sheer Talent (Randwick), Kittens (Morphettville) & Saint Encosta (Flemington) and Johnson can see him developing into another good buy from the family.

Meanwhile, The Candy Man’s connections are hoping he continues to dominate going deeper into the Brisbane summer carnival.  He returned home to the Sunshine State empty-handed after a disappointing trip to Sydney and Baldwin admitted it was his fault the horse didn’t salute during the southern spring carnival.

“Things just didn’t go right and in hindsight we might have done some things differently.  His form down there was much better than it looked on paper and I still say his run in the Epsom Hcp was among the three best efforts in the race.”

The Candy Man cost $120,000 at the 2015 Magic Millions 2YO Sale but he’s lucky to be alive after a horrific stable accident in 2016.  “He required two years of rehab after smashing his jaw and hurting a hind leg while recuperating,” Baldwin recalled.  “This is a big thrill for all of us and you only had to listen to the crowd roar to realise what it meant a lot of people.”

Casino Prince (Flying Spur) stands for a $6,600 fee at Vinery and his progeny continue to maintain an amazing 70% winners-to-runners strike rate. 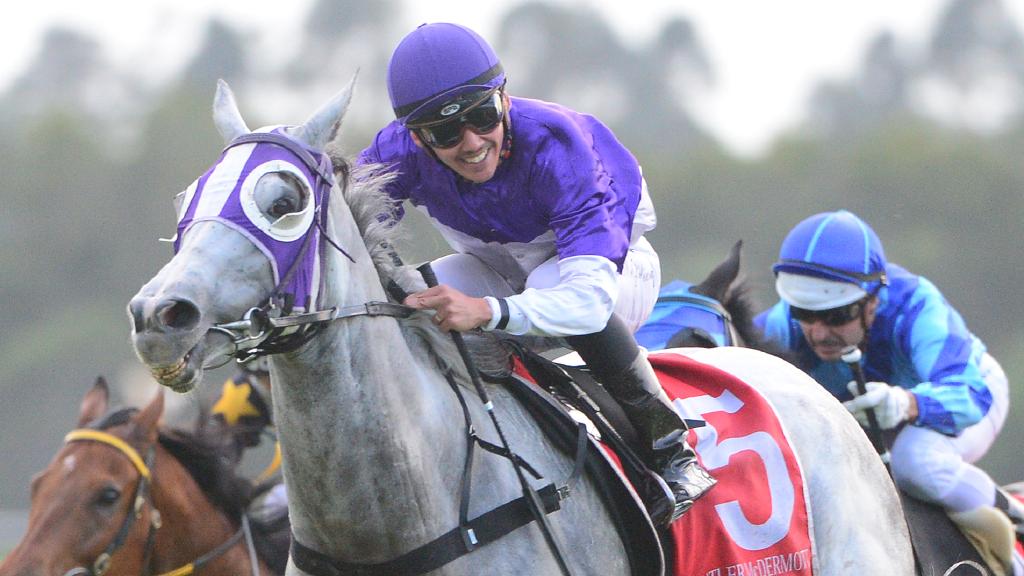