Queensland’s champion sprinter won Perth’s premier short-course race in 2013 and 2015.  He joined Ortensia, Hardrada, La Trice and Belinda’s Star as the only dual winners since Raconteur won the first Winterbottom in 1952.

“The new day for the Winterbottom fits into our plans,” Buffering’s trainer Rob Heathcote said.  “We have had two wonderful trips across to Perth and the Winterbottom is one of our three target races.”

Heathcote confirmed the Moir Stakes at Moonee Valley and Magic Millions Plate on the Gold Coast are also in focus next season.  “We will keep him fresh and he may have a couple of other runs in second-tier races like the Schillaci Stakes.  We’ve got plenty of time to trim him down to his fighting weight.”

Buffering won the G1 Al Quoz in Dubai on March but pulled up lame after the G1 Chairman’s Sprint at Sha Tin on May 1.  The son of Vinery sire Mossman has recovered well and is due to be released from quarantine on Saturday. 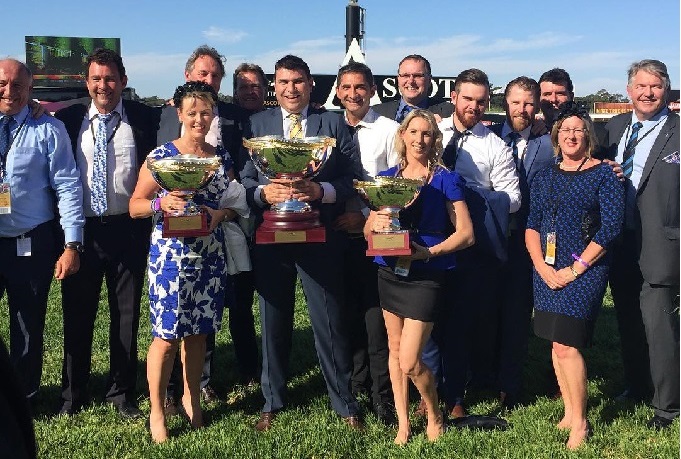 BOTTOMS UP FOR BUFF