Vinery Stud continued its extraordinary run of sales success in recent years when the 2022 majors commenced at the Gold Coast Magic Millions on Tuesday.

A colt by Champion sire I Am Invincible topped Vinery’s Day 1 consignment with a flurry of bids before Ciaron Maher Racing beat off some fierce competition with a bid of $500,000.  Catalogued as Lot 39, the colt is a half-brother to Champion Australian Sprinter Santa Ana Lane.

“We rated him as one of the best I Am Invincible colts at the Sale ,” Maher declared.  “He’s big and strong and is obviously well-related.  We’ve leant towards the bigger ones by Vinnie and we had a trial winner by him at Cranbourne yesterday.  He’s a similar style of horse but this one is better bred.

“Being a half-brother to Santa Ana Lane speaks for itself and Vinery is a very successful vendor.”

Vinery offered four colts and two fillies during the opening session for a Top 6 leader-board turnover of $1,875,000.  They all found new homes at average of $312,500.

The Freedman brothers purchased All Too Hard filly Forbidden Love at the 2019 Gold Coast Magic Millions and she repaid them with a Group 1 victory in last year’s Surround Stakes at Randwick.

Team Hawkes has no peer in the training ranks with Vinery graduates and they struck again with a $425,000 bid for the Zoustar colt from Flemington Group 3 winner Khulaasa (Lot 177).

The other Zoustar offered by Vinery (as agent) on Tuesday was the chestnut filly from Graciousness (Lot 88) that made $300,000 when targeted by Warwick Farm trainer Matthew Smith for long-time Mystery Downs clients Frank and Christine Cook.

Vinery began Day 1 with a Dundel – Electric Dreams filly (Lot 4) that was purchased for $230,000 by Hong Kong-based Denys Chan of Golden River Investments.  “The pedigree attracted me and she will be trained by Bjorn Baker,” Chan said of the half-sister to Adelaide Group 3 winner Broadband.  “She is out of a Redoute’s mare and is related to the Champion NZ 2YO Filly Yourdeel.”

Legendary sire More Than Ready has his final southern-hemisphere yearlings for sale this year and Goulburn trainer Danielle Seib weighed in with $120,000 for the colt out of Ivory Rose (Lot 152).  “Our stable has a 100% strike-rate with More Than Ready,” Seib said.  “This colt is an outstanding type and descends from a terrific European family that includes the immortal Lope De Vega!”

Vinery’s draft on Wednesday begins with colts by Deep Field, All Too Hard, Russian Revolution & Vancouver before its fillies by All Too Hard & Exceed And Excel are presented in the final hour of trade on Day 2. 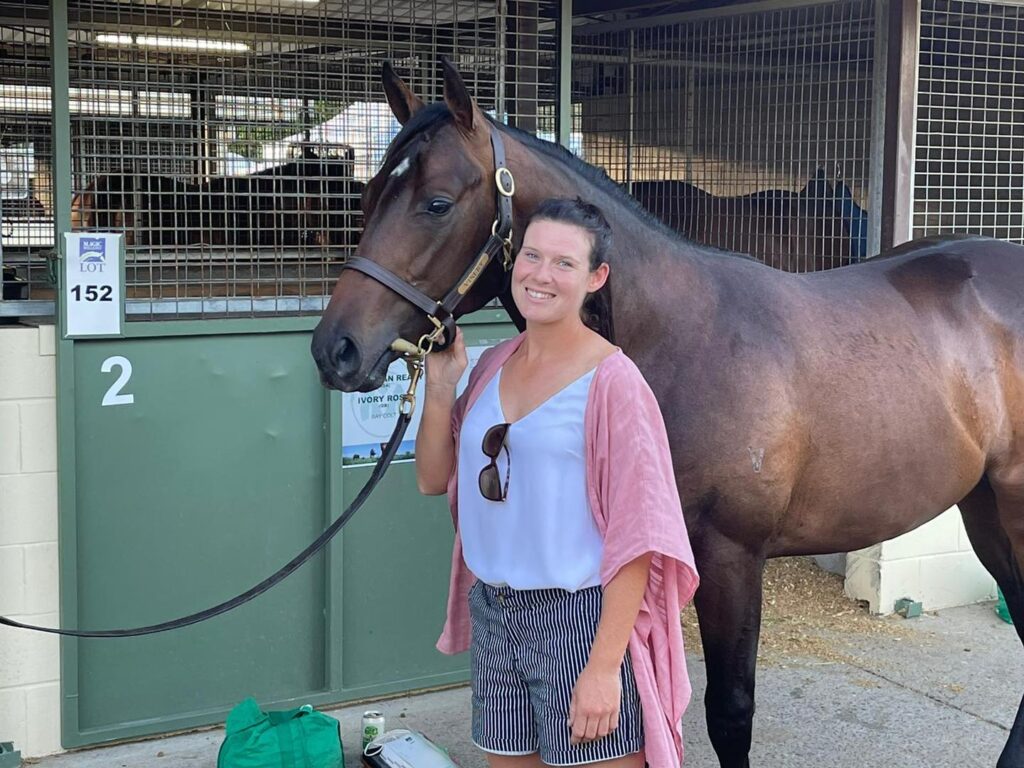