Laurel Oak Bloodstock (FBAA) will target the $1.30 million Kosciusko at Randwick with its latest homebred winner Handle The Truth.

Making full use of an inside draw at Rosehill on Saturday, apprentice Blaike McDougall settled Handle The Truth behind the leaders and then guided him through a gap to score by two lengths in the Rosehill Bowling Club (1200m).

“He’s a pretty talented horse but has still got a bit of maturing to do,” McDougall said. “If he can keep improving mentally, he will go a fair way.” 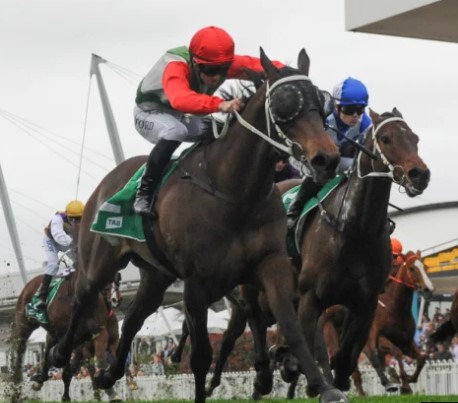 Laurel Oak was coming off minor back-type last week with Pancho in the LR Taj Rossi Final at Flemington and Vaucluse Bay in the LR Grafton Cup.

Handle The Truth (pictured) is a 3yo gelding by Star Witness from Assertively (Bernardini) who was a $155,000 buy for Laurel Oak at the 2011 Magic Millions National Sale. It’s the family of Flemington Group 3 winner Rose Ceremony.

He was ineligible for the 2018 Kosciusko but the rules were later changed to allow ACT-trained horses to participate in the world’s richest race for country-trained horses.

Handle The Truth is at $15 in pre-post markets for the Kosciusko, to be held on Everest Day (October 19) at Randwick.