Spendthrift Australia will shuttle 2015 Breeders’ Cup Juvenile Turf winner Hit It A Bomb (USA) to its Romsey operation this year.

Hit It A Bomb (War Front) was an undefeated 2yo in Ireland and the USA when trained by Aidan O’Brien.  He’s out of stakes-winning Sadler’s Wells mare Liscanna and is a brother to G1 Cheveley Park heroine Brave Anna.

“We offer breeders a new young shuttler with serious pedigree and race record,” Spendthrift Australia general manager Garry Cuddy said.  “Hit It A Bomb is a son of a world-renowned sire from a wonderful running family.  He was a Grade 1-winning two-year-old on turf with a big turn of foot, and we believe breeders are going to really like him.”

“Swear lived up to his looks on the racetrack, and we invite everyone to come out and take a look at him,” Cuddy added.  “You won’t be disappointed.”

Having being bought for $725,000 at the Inglis Easter Yearling Sale, Swear won on debut as a juvenile and was a stakes-winning 3yo in the Group 3 Ming Dynasty Quality Stakes. 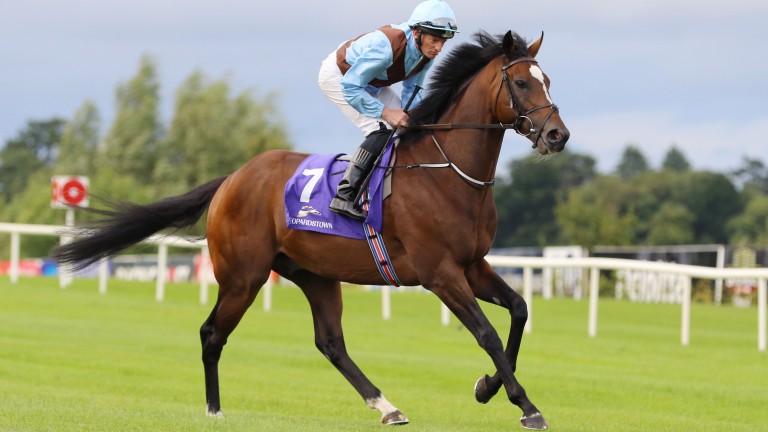 HIT IT A BOMB