Unusual Suspect (USA), a Group 1 winner of the Hollywood Turf Cup, has crossed the Tasman to stand at Letham Thoroughbreds in Wanganui.

Letham studmaster Nigel Auret has placed a $5,000 (plus get) service fee on the 14yo stallion who has seen service at Moorookyle Park (Victoria) and Hazelwood Stud (Queensland).

“We had been keeping an eye out for another horse and had all but given up when he came along,” Auret explained.  “We know it’s a very late addition, but we are excited by him and better late than never.  He’s head and shoulders above anything else we looked at.”

After arriving in Australia, Unusual Suspect won the LR Werribee Cup for trainer Mick Kent and he also finished third in the LR Sandown Cup and fourth in the G1 Caulfield Cup and G2 Dato Tan Chin Nam Stakes.

Unusual Suspect is a Nureyev-line stallion and he will stand alongside Mettre En Jeu (Montjeu) at Letham Thoroughbreds. 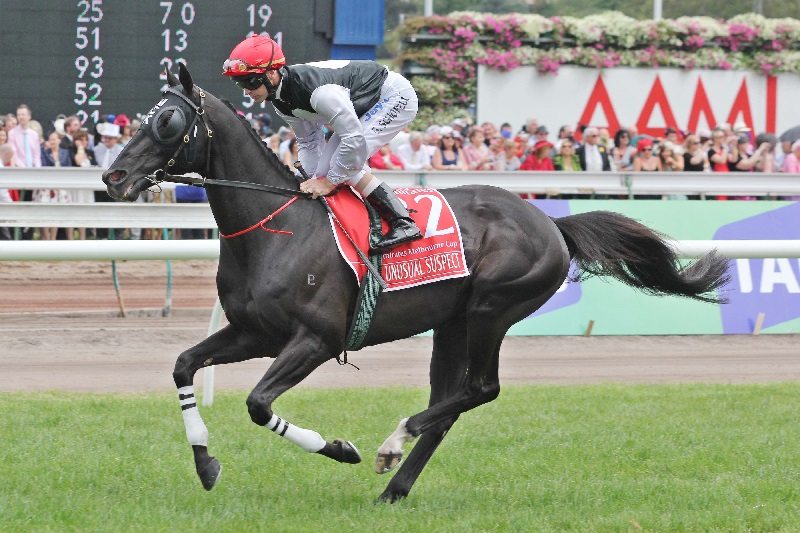