Racing returns to New York this Saturday with the highlight being an exciting duel between More Than Ready champion Rushing Fall and her archrival Get Stormy in the Beaugay Stakes Gr.3.

The millionaire mares greet the first day of racing in New York since March 15 when they square-off on turf over 1700m at Belmont Park.  Though slated at Group 3 level, the Beaugay has a Group 1 feel and trainer Chad Brown reports Rushing Fall couldn’t be training better.

“She’s top-class but had a rough time last year.  She got sick in August and wasn’t herself so we gave her time off.”

Rushing Fall was due to resume in the Jenny Wiley Stakes Gr.1 at Keeneland before its spring meet was cancelled due to the COVID-19 pandemic.  Her first Group 1 contest this term will now come second-up in the Just a Game Stakes (1600m) at Belmont Park on June 27.

She won last year’s Just a Game with a performance that had Brown searching for superlatives.  “That was a brilliant.  She’s one of the greatest turf mares I’ve trained, for sure.  Horses like her don’t come around very often.”

The Vinery legend’s daughter could join all-time greats Goldikova and Beholder as Group 1 winning mares in four consecutive years.  Prior to the 2019 Just a Game, her earlier elite scores were in the 2017 Breeders’ Cup Juvenile Fillies Turf at Del Mar and 2018 Queen Elizabeth Challenge at Keeneland.

“It will be hard but she’s just so versatile,” Brown added.  “Hopefully she can do something that’s very rare in winning a Grade 1 in four straight years.  That’s our goal.”

Fred Hertrich bred Rushing Fall and he was back in the frame with More Than Ready when racing resumed at Santa Anita last week.  His 3yo colt Hit The Road booked a black-type campaign with a commanding allowance victory on Friday.

Hit The Road clocked 1:34.19s over 1600m winning by three-quarters of a length on turf against older horses.  “He was ready to go moving into the turn but I waited a bit,” jockey Umberto Rispoli said.  “We got lucky saving ground for a perfect trip.  And he’s going to keep improving the way he finished off today.”

The Dan Blacker-trainee won the Zuma Beach Stakes LR at Santa Anita in October but had been idle since a respectable fourth in the Cecil B DeMille Stakes Gr.3 at Del Mar on December 1.

Hertrich bred Hit The Road at Watercress Farm in Kentucky and sold him for $160,000 at the 2018 Keeneland September yearling sale.  His dam Highway Mary (U S Ranger) is a half-sister to Coolmore Stud’s Group-winning stallions War Command (War Front) and Naval Officer (Tale of the Cat).

Present plans are for Hit The Road to target the Oceanside Stakes LR when Del Mar’s summer meet commences in July.

More Than Ready (USA) is now based permanently in Kentucky following a storied shuttling career to Vinery Stud.  His Group 1 winning mare Samaready achieved a best-ever result at public auction for Vinery when she was knocked down to Coolmore Stud for $1.80 million at the Inglis Chairman’s Sale on May 8. 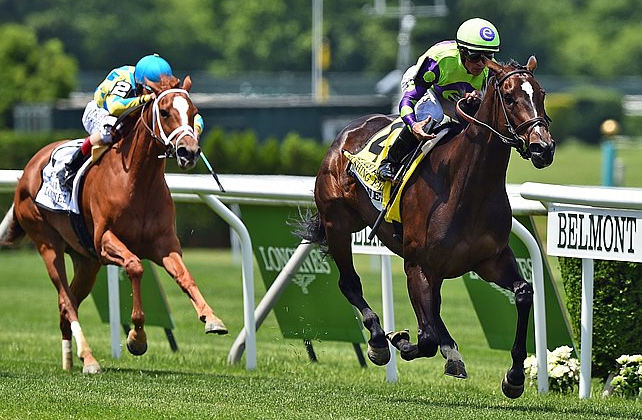