Ballarat trainer Dan O’Sullivan has plenty of time for his last-start King of Prussia winner Valse and for the team at Sylvan Lodge Equine Centre.

O’Sullivan is trying not to get too far ahead of himself even though Valse wasn’t in the call of a 3YO Fillies Maiden at Terang on Friday. Front-runner She’s Our Reward was being hailed the winner but suffered a bad case of windburn when she was blown away close to the post.

Sylvan Lodge is owned by Anita Frawley and Kelly Higgins (pictured with O’Sullivan) on the former training base of their father Barry James. It sits on 16 hectares at Miners Rest in Ballarat. 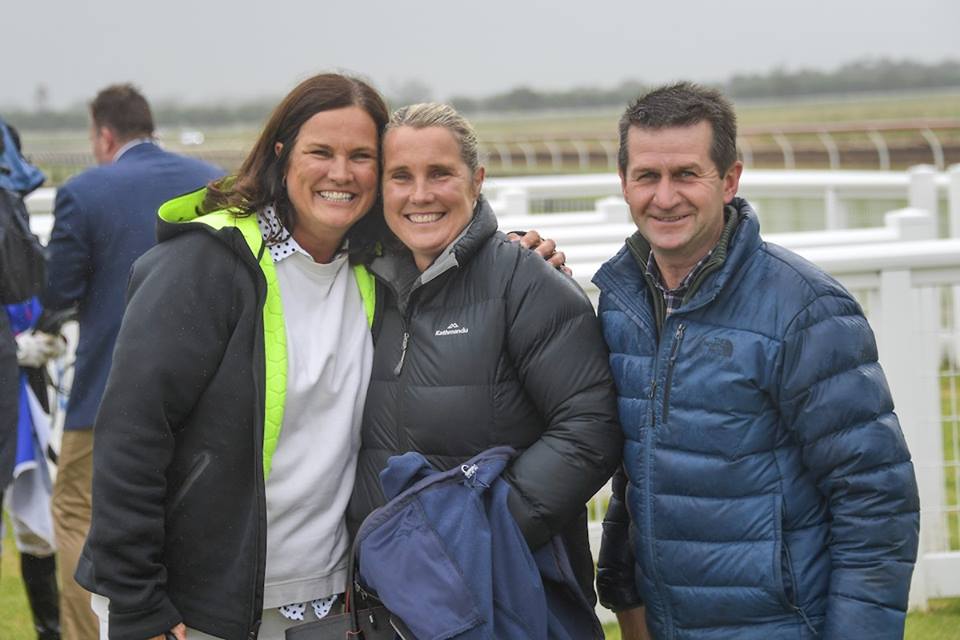 “Congratulations to Anita and Kelly on their first official winner,” O’Sullivan said. “Kelly did a perfect job pre-training Valse prior to arriving at our stables.”

Valse is by Greta West Stud sire King Of Prussia and is his latest 3yo winner this season following Yulong January who has just finished an encouraging first prep with Ciaran Maher.

He completed a hat-trick at Randwick and returned home for a close second in the LR Gothic Stakes at Caulfield last month.

“She’s a lovely horse and was relaxed at back until we angled off the fence,” apprentice Lucinda Doodt said. “The leader skipped but she had the turn of foot when it counted.”

Doodt returned to scale with a bleeding bottom-lip courtesy of a head knock pre-race. “That was a beautiful ride from our Lucy who is sporting a fair old war wound,” O’Sullivan added. “She’s little and pretty but she’s also tough!”

Greta West studmaster Laurie McCarthy reports King Of Prussia has served a handful of mares this season are all bar one are in foal. The 20 year-old stallion’s latest cover was Smooth Transition, a Keep The Faith mare owned by Wangaratta trainer Johnny Ledger.

McCarthy has also entered four yearlings to the Inglis Melbourne Premier in March. They will be sold through Bucklee Farm and include colts by Toronado & Magic Albert and fillies by Magnus & Fighting Sun. 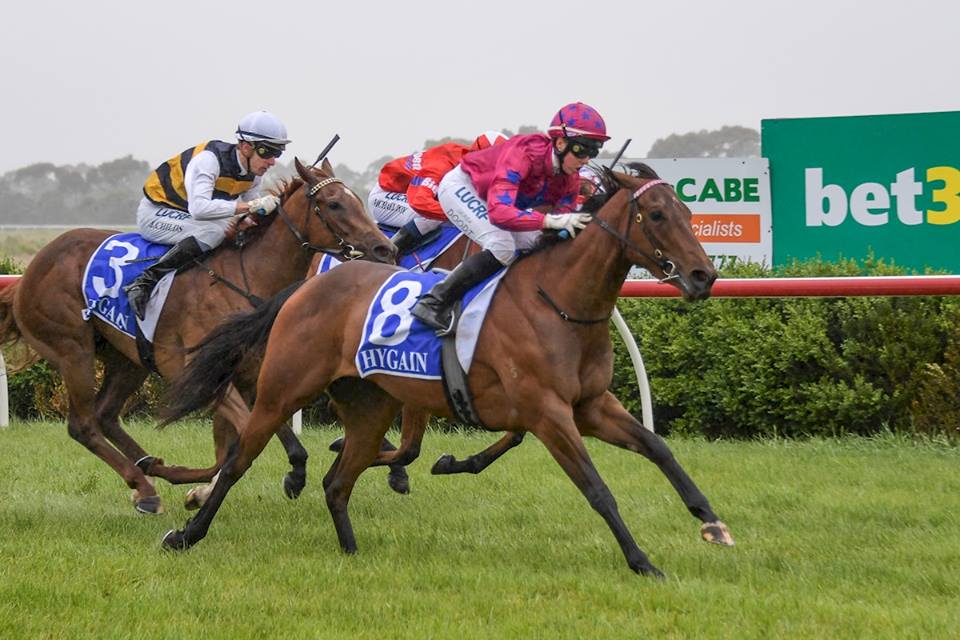