NZ-bred import Pinzu has signed off a stakes-winning month for Federation of Bloodstock Agents Australia (FBAA) in Perth.

Pinzu (Pins) was a $330,000 buy for Chalmers for owner Sarah Miller at the 2014 NZB National Yearling Sale from Waikato Stud. His second dam is a half-sister to their champion stallion O’Reilly.

“He’s certainly pretty effective on his day and we thought it was his day, today,” trainer Adam Durrant said after watching him storm home under Damian Lane. “I was a bit concerned that he didn’t settle better early. It took away a bit of his kick but he was still too good.”

Pinzu has repaid his purchase price with 8 wins in a 28-start career hampered by hoof issues. He had come close to claiming black-type earlier this year when runner-up in the LR Old Comrade Stakes.

Saturday’s Group 1 meeting was a goldmine for leading owner Bob Peters who utilizes Chalmers for many of his purchases out of New Zealand. Progressive mare Magical Charm is another of their Waikato Stud – Karaka graduates and she’s on a hat-trick after an Ascot victory last Wednesday.

Magical Charm (Savabeel) is looking for longer trips and some black-type after just missing out when fourth in the G3 WA Oaks earlier this year. Her older sister Placement won four races in Melbourne and was Group 1 placed in the 2010 VRC Oaks.

Stageman is another FBAA winner for Peters via Damon Gabbedy (Belmont Bloodstock). The Written Tycoon sprinter cost $310,000 at the 2016 Inglis 2YO Sale and trainers Grant & Alana Williams will find another race for him over the summer carnival following a second-up win at Ascot.

Peters has long-standing links with Stageman’s family going back to his third dam Miss Margaret (Marscay). She carried his cerise and white colours to Group 1 victories in a Cantala Stakes and South Australian Oaks.

Fellow FBAA member Dave Mee (Pinhook Bloodstock) bought Stageman’s younger half-sister Alloraine for $75,000 at the 2017 Gold Coast Magic Millions. The Falvelon filly is about to begin her second prep and has been nominated to resume at Ipswich (Friday) or Gold Coast (Saturday). 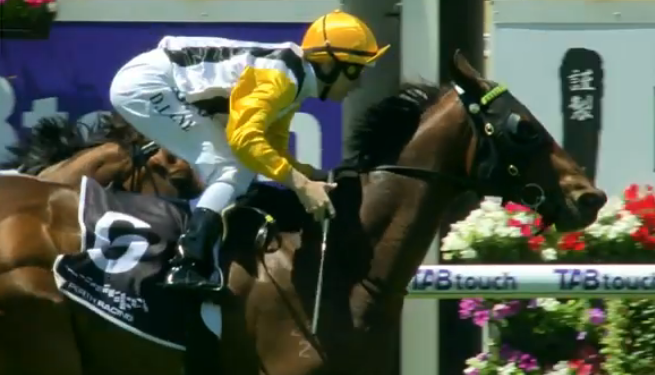