Vinery Stud and its clients were well-rewarded during Book 1 of the Magic Millions Yearling Sale that concluded on Saturday evening at the Gold Coast.

To cap a memorable day’s racing highlighted by All Too Hard 3yo Alligator Blood in the Magic Millions Guineas RL, Vinery posted positive returns for turnover ($4.21 million), average ($210,500) and clearance rate (91%).

Star Turn’s first-crop yearlings multiplied 10 times his service fee with top price paid for the colt out of Dukemore (Lot 258) on Day 1.  He was the centre of spirited competition before Team Hawkes won out with a final bid of $550,000.

John, Michael and Wayne Hawkes trained Star Turn and agreed the colt was the one they really wanted.  “We were lucky enough to get him but, gee whiz, we had to chase hard,” Wayne Hawkes admitted.  “He’s absolutely Star Turn all over.”

Dukemore (Encosta de Lago) is a half-sister to Widden Stakes LR winner Superfly and their dam Allez France (Hennessy) was also a juvenile black-type winner at Randwick in the Keith Mackay Hcp LR.

“He’s a powerful type and was purchased for our colts’ syndicate,” said Harron who launched the stud career of Golden Slipper Stakes Gr.1 winner Capitalist after buying him for $165,000 at the 2015 Magic Millions.

Those sentiments were shared by Edinglassie manager Mick Talty.  “He’s a beautiful mover and built in the mould as his sire.  Star Turn was a superb athlete and this colt is a very strong individual.”

Vinery also sold a Not a Single Doubt – Downtown Manhattan filly (as agent) for $500,000 to Godolphin on Day 1.  Two years ago, Godolphin bought Magic Millions 2YO Classic winner Exhilarates (Snitzel) from Vinery on the Gold Coast.

Another $500,000 graduate from Vinery (as agent) was the Snitzel – Fit and Ready colt bought by Chris Waller.  He’s a three-quarter brother to Very Tempting (WA Oaks Gr.3) and a half-brother to All Too Hard Group 1 performer Outrageous.

Next stop for the Vinery team is the Inglis Classic Sale with 28 yearlings heading to Riverside Stables on February 9, 10 & 11. 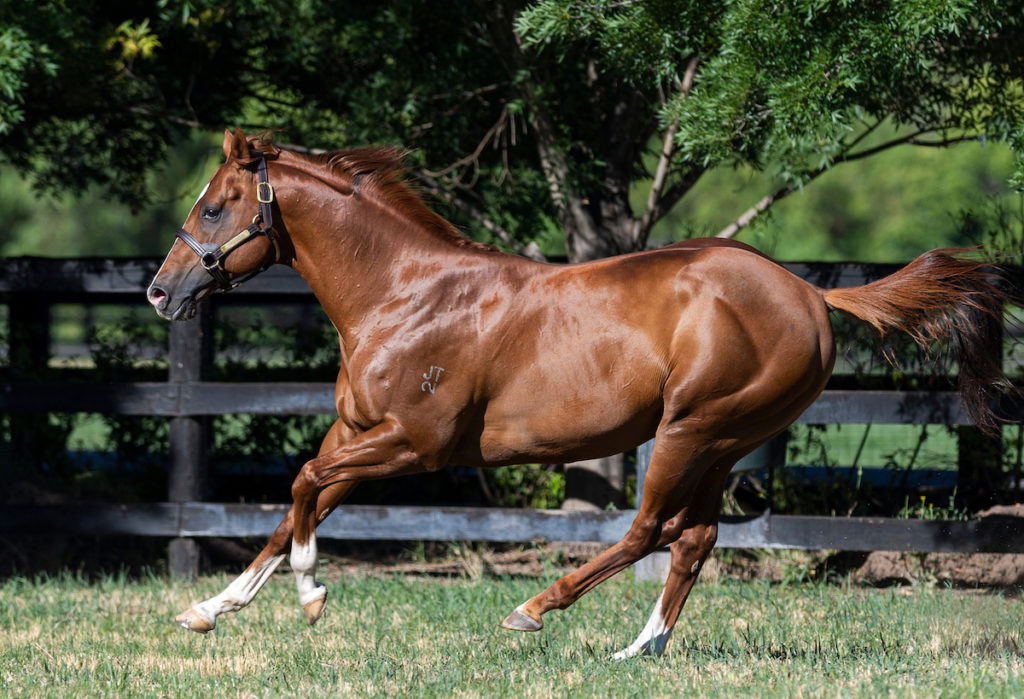