Vinery Stud has celebrated one of its most successful days in Hong Kong during the last Group 1 meeting of the season at Sha Tin.

Star Turn 3yo Cordyceps Six took it to another level winning the Group 3 Sha Tin Vase (1200m) and Vinery also has strong links to Russian Emperor (Ire) who was a dominant winner of the Group 1 Champions & Chater Cup ( 2400m).  The Galileo gelding is from Champion Australian mare Atlantic Jewel (Fastnet Rock) who was bred by Vinery partner Greg Perry.

Bundle Of Charm (3g All Too Hard – Dubleanny by Dubleo) was a readymade first-up winner for trainer John Size.  Settled one-out, one-back by Joao Moreira, he took over in the straight and always had the measure of runner-up Victory Scholars (NZ).

Bred and sold by Vinery for $46,000 as a weanling at the 2019 Magic Millions National Sale, he was initially registered as Winning Lotto and won a Balaklava barrier trial for agent David Price before shipping off-shore.

“David purchased him as a foal and the intention is a potential sale to Hong Kong,” trainer Richard Jolly said after the trial win in June 2021.  “He’s always shown us ability.”

Star Turn is a rising influence on the Vinery roster with first-crop Group winners the calibre of Cordyceps Six who continued his meteoric rise up the ranks for trainer Richard Gibson this season.

“He didn’t get the best of track runs in the traffic and it’s very rare that a 3yo can do the job at this level at this time of the year,” Gibson said after the Group 3 Sha Tin Vase.  “As a stable, we’re very proud of our big-race record and it was a wonderful ride from Alexis (Badel).”

Gibson and Badel have combined to take All Too Hard’s Group 1 star Wellington to the top of Hong Kong’s speed division in this season.

“He certainly did a great job and responded very well to fight through the line,” Badel reported.  “He did an amazing job to win the race and is certainly a very good horse.”

Cordyceps Six (3g Star Turn – Sandcastles by Hinchinbrook) was bred by Henderson Racing in partnership with Cook Bloodstock and his dam descends from Champion Australian Filly Heat Of The Moment. 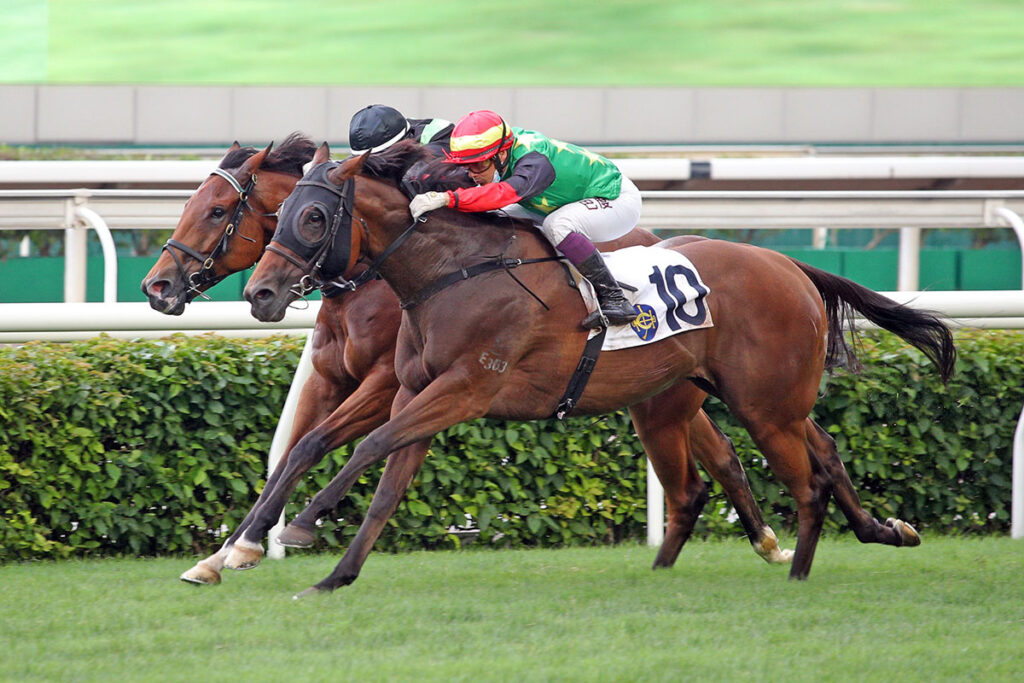