More Than Ready (USA) sired his 25th Group 1 winner when Say the Word claimed the Northern Dancer Stakes (2400m) with a last-to-first rally at Woodbine on Sunday.

Say the Word saved a career-high performance for Canada’s signature turf contest named after the horse that helped generate – through Danzig and Danehill – one of the most successful sirelines of the modern era.

The Northern Dancer was Say the Word’s first black-type success and it improved More Than Ready’s overall stakes-winner total to 205.

“I rode him for the first time in the Singspiel Stakes last month and he was coming on at the end,” jockey Emma-Jayne Wilson said.  “He has a sensitive mouth and it took me a bit to get on the same page but I was confident over more ground today.

“He settled beautifully and was already in flight when we straightened.  I knew where the line was and I knew he was going to be tough to beat.”

Say the Word (5g More Than Ready – Danceforthecause by Giant’s Causeway) is trained by Gail Cox for the Samuel family’s Sam-Son Farm.  It was their 8th Northern Dancer victory but the first since Strut the Stage in 2004.

The winner is a direct descendant of legendary Hall Of Famer Dance Smartly (Danzig) who was 1991 Canadian Horse of the Year and 2001 Canadian Broodmare of the Year.

More Than Ready has Group 1 mares Rushing Fall and Uni (GB) primed for the Breeders’ Cup Championships at Keeneland on November 6 and 7.  The Vinery legend shuttled to Australia until last year and is now based permanently at WinStar Farm in Kentucky. 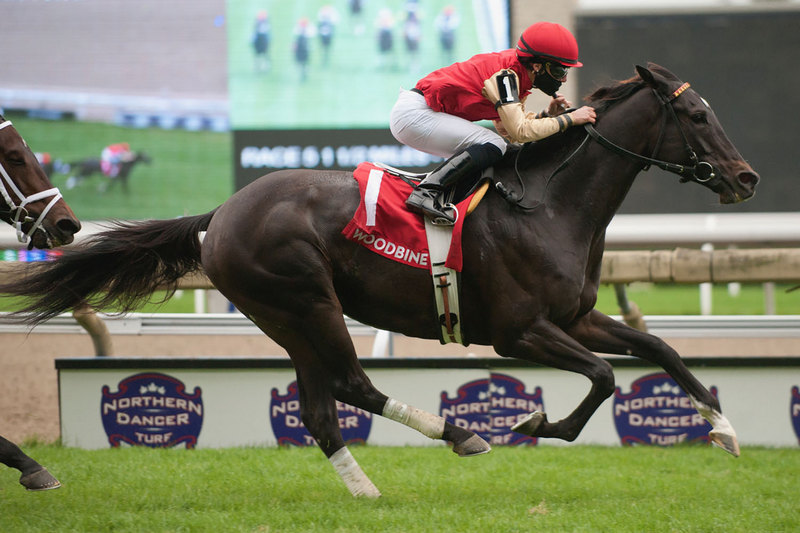