Mogumber Park champion Safeguard sired Graciebird to win at Murray Bridge on Friday and for an encore the Bullsbrook nursery doubled up with her close relation at Ascot on Saturday.

Safeguard filly Graciebird was hard to miss when breaking through in the Riverscape Food & Wine Maiden (1400m) for trainers Richard and Chantelle Jolly.  She has a white blaze to match Apache Cat and that was part of the appeal to a syndicate of ladies known variously as Hats & Bubbles Racing, Girls Just Wanna, Mildura Fillies and Blue Lake Ladies.

They bought her for $70,000 from Carabooda-based breeders Joe and Chris Kelly at the 2019 Perth Magic Millions.  Her dam Gracie May (Written Tycoon) was trained by Trevor Andrews to score a running double over 2200m at Ascot in January 2016.

Andrews went back and bought her second Safeguard yearling for $80,000 at this year’s Perth Magic Millions.  He has been named Written Exceed.

Gracie May is a half-sister to Kelly’s Callisto (Planet Five) who notched his fourth win in Perth on Saturday.  The prizemoney and Westspeed bonuses attached to the Amelia Park Hcp (1600m) increased his bank-balance to $291,595.

Mogumber Park owners Colin Brown and Fiona Lacey offered him as agent for the Carabooda couple at the 2017 Perth Magic Millions and would-be buyers would be regretting not paying the $18,000 reserve.

“He’s a nice horse and it was a top effort to carry 60kg because he’s not a big horse,” trainer Adam Durrant said.  “Chris (Parnham) is such a good rider and got him into a rhythm outside our other runner (Deception Game) in the lead.”

Mogumber Park stands Safeguard (Exceed And Excel) for a $5,500 service fee alongside Rommel (Commands) who is priced at $4,400. 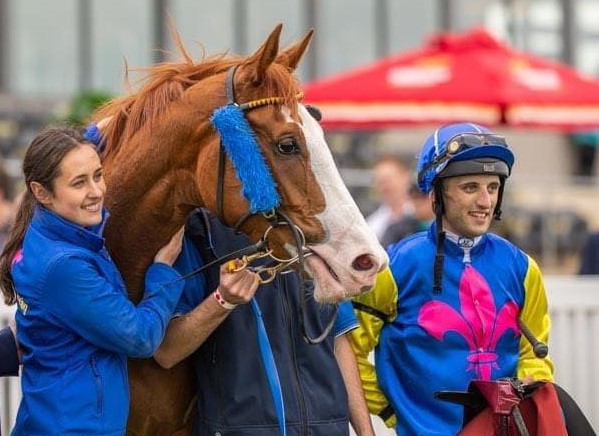