Champion trainers David Hayes and Chris Waller have thrown down the gauntlet to Australia’s leading stables with their Vinery-sired 2yo colts Hard Landing and Global Quest.

Hard Landing (All Too Hard) launched his career in the Maribyrnong Plate Gr.3 at Flemington on Thursday ahead of the Blue Diamond Stakes Gr.1 in February.  “I honestly think he’s a Blue Diamond or Golden Slipper contender,” Hayes predicted.  “I thought he might have been a bit vulnerable in the lead today…but he was too strong.”

Lindsay Park won a Maribyrnong Plate with Nadeem in 2005 and he doubled up in that season’s Blue Diamond.  “If they’re winning in the spring, they’re normally up to them in the autumn,” Hayes added.

Global Quest (More Than Ready) won the Breeders’ Plate Gr.3 at Randwick last month and was immediately put away for the Golden Slipper Stakes Gr.1 in March.  “I wasn’t surprised to see him jump out of the ground today,” Waller said.  “He’s a natural two-year-old.”

Golden Slippers are nothing new to More Than Ready.  He’s won two with Sebring (2008) and Phelan Ready (2009) and Global Quest is the ruling $17 favourite for the next edition at Rosehill.

More Than Ready is also at the business end of a ground-breaking year in North America.

Last Saturday at Santa Anita, he sired a record seventh Breeders’ Cup win when Uni (GB) stormed home in the BC Mile and he’s on the brink of a best-ever result in the juvenile division.

The Vinery legend sired 23 individual 2yo winners in 2003, 2005 and 2006 that were conceived in Kentucky.  He has ample time to break that mark this term after More Or Less improved his current tally to 21 on Wednesday.

More Or Less (2f More Than Ready – Omaticaya by Bernstein) started an odds-on favourite in a 900m maiden at Charles Town in West Virginia and put the race to bed with an early four-length lead.  She was taken in hand leaving the eighth pole to win by two panels under Arnaldo Bocachica.

Bred by Dell Ridge Farm in Lexington, More Or Less is the first foal of Omaticaya (Ire) who was the Italian Highweight 2YO Filly of 2013 after winning the Premio Alessandro Perrone LR in Rome.

More Than Ready was in demand on Day 1 of the Keeneland November Breeding Stock Sale on Wednesday.  Pacific Pink (Private Vow) was the first mare sold carrying a PPT to him and she made $300,000 to the bid of Phoenix Thoroughbreds. 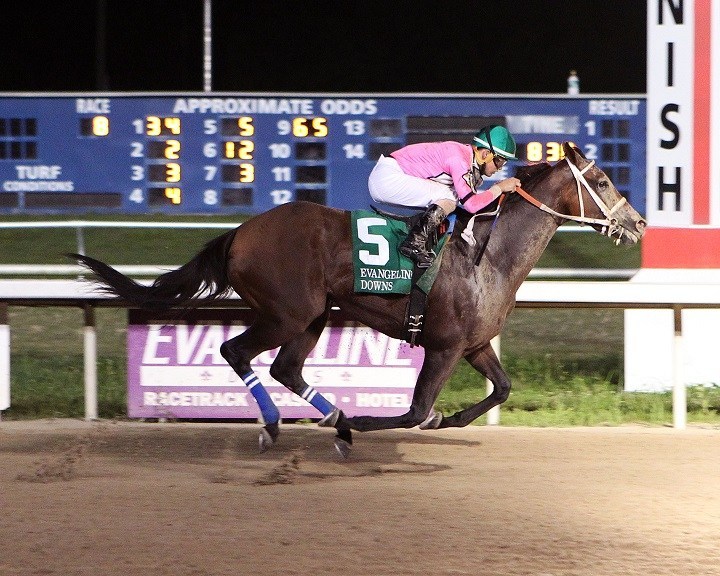