Fresh from a record-breaking Inglis Easter Yearling Sale, Vinery has raised the bar again with a list of stallions tailor-made for broodmare owners at every level.

Ole Kirk has settled in for his first book at Vinery following an 11-start career highlighted by back-to-back Group 1 victories in the ATC Golden Rose (1400m) and MRC Caulfield Guineas (1600m) at the Sydney and Melbourne spring carnivals.

“He was certainly the best colt of his generation and he’s a son of Written Tycoon who has taken all before him,” Vinery General Manager Peter Orton said.  “He’s going to match so many mares and he’s going to get the best of opportunities.

“He’s such an exciting horse and as a stallion prospect Ole Kirk is ideal because he will upgrade his mares.”

Ole Kirk peaked at three but he was also forward enough as a two year-old to win the VRC Talindert Stakes LR at Flemington on debut before a close third in the Champagne Stakes Gr.1 at Randwick.

He will join former Team Hawkes stablemate Exceedance at Vinery.

“Their record speaks for itself,” Orton added.  “John, Michael and Wayne allow their horses to come to their top naturally.  They are never over-raced and always come to us fresh and keen.”

Ole Kirk was bred by Rick Jamieson’s Gilgai Farm using Written Tycoon over a full-sister to Black Caviar.  He made $675,000 at the 2019 Inglis Premier Yearling Sale and was purchased by a syndicate headed by Neil Werrett.

“Ole Kirk has the genetic potential and the elite racetrack performance to play a major role in the ongoing development of the Australian thoroughbred industry,” Jamieson claimed.  “We’re very fortunate as I believe he will be a great speed stallion of the future.”

Explosive sprinter EXCEEDANCE covered 142 mares in his initial book in 2020 and he will be fully subscribed again at $33,000 (inc GST) this year.

A son of breed-shaping sire Exceed And Excel, he scored a career-defining victory in the 2019 Coolmore Stud Stakes Gr.1 at Flemington and consistently clocked times that put him in the elite category.

That blistering turn of foot was palpable when Exceedance scored a devastating victory over Bivouac in the San Domenico Stakes Gr.3 at Rosehill.  He then flashed home on the back of a sizzling split when placed in the Golden Rose Gr.1 before overcoming a check at the start to beat Bivouac again in the Coolmore grand-final for colts.

“Exceedance has enormous potential at stud and we’re really looking forward to his first foals,” Orton said.  “What he achieved in just 9 starts was amazing.  He is a beautiful looking horse and Exceed And Excel is a terrific source of early speed.”

Exceed And Excel (Danehill) was raised at Vinery and he carried the ‘Big V’ brand to a Group 1 victory in the 2004 Newmarket Hcp at Flemington.  The link continued at the Inglis Easter Yearling Sale when Vinery (as agent) sold Exceed And Excel colts for $2.1million and $1.05million to Aquis Farm.

Breeders who supported STAR TURN have been rewarded with excellent results at the yearling sales and now his youngsters are making inroads on the track and have him second by winners on the Australian First Season Sires’ premiership.

Star Turn (Star Witness) had sired 7 individual winners of 10 races to mid-April with his Group 3-placed colt Astrologer poised to kick in after a summer spell.  His fillies have also been a potent element through multiple city winners Startantes, Stellar Magic and Miss Hipstar.

“We’ve been thrilled with how Star Turn has been received,” Orton said.  “His stock are precocious and athletic – just like their sire.  He’s an excellent outcross option and has averaged 140 mares in his first four seasons.”

Star Turn was an early-season juvenile winner at Randwick and trained on to beat Capitalist in the San Domenico Stakes Gr.3 before producing a brilliant burst of acceleration to defeat older horses at weight-for-age in the Schillaci Stakes Gr.2.

Now firmly established as a Top 10 stallion in Australia, ALL TOO HARD remains one of the best-value stallions in the Hunter Valley at $33,000 (inc GST).

His Group 1 winning sons Behemoth and Alligator Blood epitomise the breed – they’re tough, consistent and resilient at weight-for-age and in the classics.  Behemoth doubled up at the elite level during the spring carnival and is being set for The Goodwood Gr.1 at Morphettville on May 15.

All Too Hard’s 3yo filly Forbidden Love won the Surround Stakes Gr.1 at Randwick in February prompting co-trainer Michael Freedman to predict the best is still to come.  “She left them for dust with an outstanding turn of foot.  She’s a gem and is just coming of age.”

All Too Hard is the youngest sire to reach 100 winners for the last three seasons and his first four crops have so far yielded 285 individual winners at a formidable 65% strike-rate.

HEADWATER emerged from The Championships at Randwick as Australia’s leading second-season sire following an eye-catching victory by his filly Jamaea in the Percy Sykes Stakes Gr.2.

Apart from sealing her future as a high-end broodmare, Jamaea picked a $1million race to claim her first black-type win for trainers Rob and Luke Price.  And she did it in style, spearing through a gap to defeat a deep field of blueblood fillies.

Headwater was Australia’s leading first season sire by winners in 2019/20 and a second title in as many years along with his large books coming through, have the phenomenal looking son of Exceed And Excel set up for a successful career ahead.

Press Statement’s overall strike-rate has been augmented by his international representatives.  He has a half-dozen expats in Hong Kong with Hurry Hurry Gain leading the way with two recent wins for trainer Frankie Lor.

His South African filly Kitty Cat Chat is unbeaten in three starts in Cape Town and his NZ-based filly Hold The Press has three wins to her credit plus a close-up fourth in the Wellington Guineas Gr.2 last month.

Casino Prince has sired 380 individual winners at last count at an incredible 71% strike-rate.  He covered 90 mares last year following a black-type revival by Baccarat Baby, Sweet Deal, The Candy Man and Bandersnatch. His Singapore strike-rate is even better at an amazing 86%, headed by Champion Singapore Sprinter (2017 & 2018) Lim’s Cruiser.

Casino Prince’s average progeny earnings are almost $93,000 per starter, which is over 18x his current service fee. 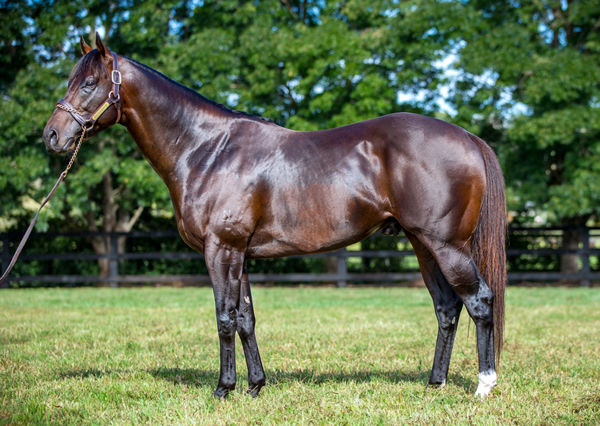