Willie Pike guided Snippetson filly Sunnysilk to the first leg of a winning treble for Scenic Lodge stallions at Ascot on Wednesday.

Racing first-up since August, Sunnysilk speared through a wall of horses at the furlong to claim the Events At Ascot Hcp (1000m) in a close finish from Noble Reflection (Artie Schiller) and Jag The Joker (My Admiration).

“It’s the first time I’ve sat on her and she settled well,” Pike said after weighing in for the second of his four winners.  “The race unfolded good for us although it did get a little bit tricky.  I was hoping to make my run on the outside but she kicked through and took the gap to win like a good thing.”

Sunnysilk (3f Snippetson – Sunsilkin by Oratorio) completed her juvenile season with an Ascot win in February 2020 and was then sidelined following surgery for a chipped knee.  She was bred by Darling View Thoroughbreds owner Clive Atwell and is trained by David Harrison for a syndicate that includes his wife Jenny, Graham & Megan Donovan, Grant Burns, Lexie Morton, Lex & Shirley Piper and Keith & Carol Holly.

Wednesday’s result continued Snippetson’s successful run this month and his last-start Ascot winner River Beau is being set for the G3 Northam Stakes (1100m) on Sunday week, May 2.

Scenic Lodge founder David Smith claimed the second-leg for the Muchea nursery when his homebred Treat Yo Self won the Furphy Hcp (1800m).  The Blackfriars mare is one of five winners from LR Burgess Queen Stakes winner Snacking (Bletchley Park).

Snacking’s latest cover was to Scenic Lodge resident Dash For Cash and he was also in the news this week when it was announced Blazejowski would be set for the G1 Stradbroke Hcp (1400m) on June 12.

“Blazejowski is going terrific and we’re very happy with him,” trainer Greg Eurell said after the Dash For Cash gelding won a Cranbourne jump-out on Monday.  “He had three weeks off after his last run in the (G1) Orr Stakes and he’s very adaptable so it doesn’t matter if it’s wet or dry in Brisbane.”

Universal Ruler completed the Scenic Lodge treble at Ascot’s midweek meeting when Amber Mamba caused a $109 upset in the Schweppes Hcp (1200m).  She flooded home from last to win running away for Bullsbrook owner-trainer Bill Spencer.

“I thought we were a chance when Craig (Staples) got her to settle,” Spencer said.  “She was finishing beautifully here last start but was held up.  We bred her, too.  All the family are involved and it’s always been a passion of ours.” 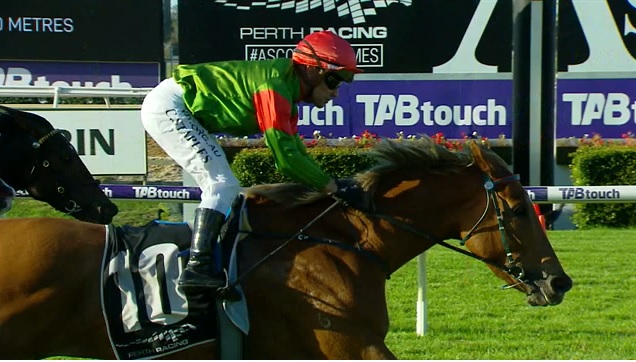