Champion Australian sire Mossman has passed away at Vinery Stud.

The 26 year-old son of Success Express (USA) was pensioned in 2018 and had been doted on by Vinery staff alongside fellow retiree Testa Rossa.

“It’s never nice to lose them, it’s obviously a sad weekend for us,” Vinery bloodstock manager Adam White said on Sunday evening.  “We were very lucky to have him and his sire Success Express, who actually came down with him when we did the deal to secure Mossman.  Both two fantastic horses.

“Mossman was just a great stallion to have on the roster.  He was such an easy horse to work with and developed into a very consistent sire and one that just did a fantastic job.”

Spanning every sphere at stud, Mossman arrived at Vinery in 2004 and at last count had sired 41 Stakes winners among 520 individual winners at a truly amazing career strike-rate of 73%.

His Queensland owner-breeders Peter and Wendy Moran had raced Mossman to a feature 2yo victory in 1998 in the race now known as J J Atkins Stakes Gr.1 at Eagle Farm.  And he got a taste of the big-time as a spring 3yo winning the AAMI Vase Gr.2 at Moonee Valley on the day Might And Power reigned in a memorable Cox Plate Gr.1.

Trainer Clarry Connors brought Mossman back for an autumn prep and he won the Debonair Stakes LR at Flemington before retiring to the Moran-owned Noble Park Stud at Innisplain.  From a first-crop of just 30 named foals, he made an immediate impression at Randwick in October 2003 with brilliant filly Segments (Gimcrack Stakes Gr.3) and she was followed by four other 2yo winners that season.

Moran knew Mossman belonged in the Hunter Valley.  “Vinery shared my vision and it’s a wonderful opportunity for the stallion,” he said after the transfer in 2004.  “I believed from the moment he first raced that he would be a successful stallion.”

He delivered on that potential and a lot more.

Mossman was crowned Australian Champion 2YO sire in 2013-14 when star filly Mossfun cut a swathe through the Widden Stakes Gr.3 and Silver Slipper Stakes Gr.2 on the way to a Championship-sealing victory in the Golden Slipper Stakes Gr.1.

Mossman sired Champion Group 1 sprinter Buffering who won five Queensland Horse of the Year awards from 2012 to 2016.  Mossman scored a sixth with Crack Me Up in 2017-18.

Mossman is also damsire of 13 Stakes winners headed by Persan (Pierro) who is set to improve on last year’s fifth placing in the Melbourne Cup Gr.1.  His dam Ofcourseican won the 2015 Coolmore Classic.Gr.1 and three years later Plucky Belle doubled up for Mossman in the grand-final for mares at Rosehill.

“Mossman has made a massive impact on the Australian industry and played an enormous role in the success of the farm,” Vinery general manager Peter Orton said.  “He was a horse of great character and had the most beautiful nature and will be sadly missed by all those around him, especially our staff who cared so well for him throughout his time here at Vinery.

“Mossman will be laid to rest next to Success Express overlooking the stallion area.” 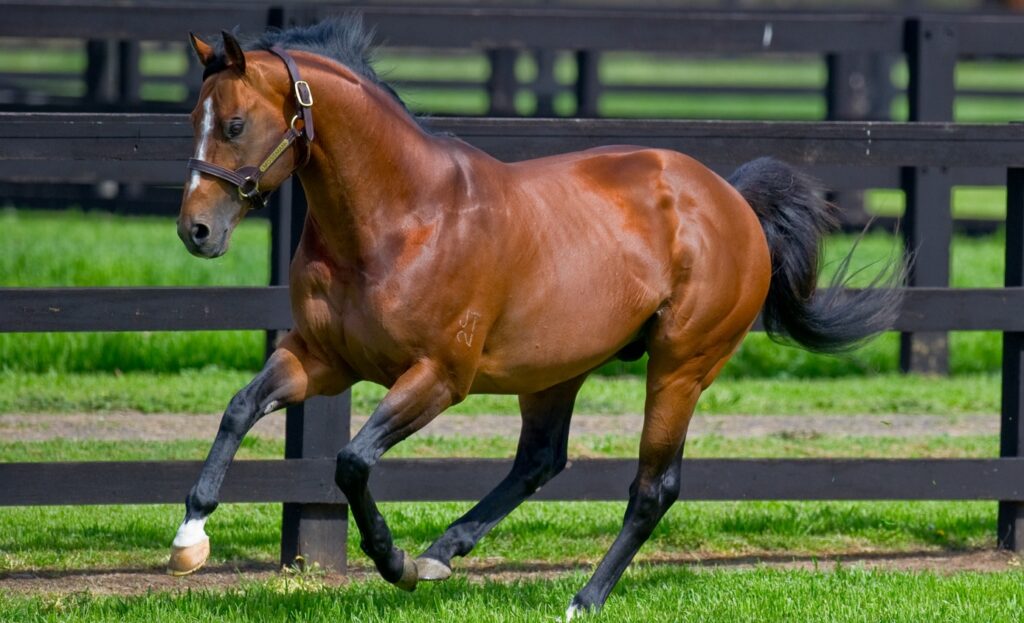