Bam’s On Fire has joined Black Heart Bart on the roll-call of G3 Victoria Hcp (1400m) winners at Caulfield.

The Universal Ruler mare had been stakes-placed five times in Perth and Melbourne before the black-type breakthrough on Saturday.  “It was a beautiful ride by Jamie (Kah).  She is so good at rating them in front,” co-trainer David Eustace said.  “This one can be quirky.  She can hang and be a bit keen, but really, it’s just been a simple case of racing her and gradually stretching her out in trip.”

Bam’s On Fire has only been unplaced once in 14 starts since transferring to Ciaron Maher and Eustace at Ballarat.  “When she first arrived, we didn’t think she would get out to a mile but she does now,” Eustace added.  “We will set her for the (G2) Queen Of The South Stakes (1600m) next month.”

She is the final foal of Im Your Fire (Holy Roman Emperor) who had been purchased by WA breeder Ken Nightingale in New Zealand.  She didn’t race but there’s no shortage of speed in the pedigree with close relations like stakes winning stallions Shovhog and Shovoff.

“When she races on the rail she’s dynamite,” Kah said at Caulfield.  “She was just too strong and loved the heavy ground.  The leader bias helped but she ran so well in her own right.”

Universal Ruler (Scenic) has sired 9 stakes winners and 6 of them were conceived in the same season as Bam’s On Fire at Scenic Lodge.  The others are The Velvet King, Lady Cosmology, Market Ruler, Uni Time and Angelic Ruler.

Angelic Ruler is back in Perth after several stakes placings during the Melbourne spring carnival and she put the writing on the wall with a close second in the Marjorie Charleson Classic (1200m) at Ascot on Friday.

Further back, George Daly trained Surtee (Memento) to win the Easter feature in 1997 and Harold Campbell prepared WA Hall Of Fame inductee Nicopolis (Landau) to win the Victoria Hcp in 1964. 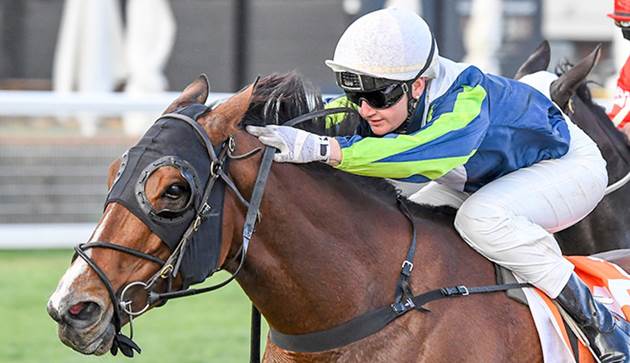