Chris Waller has hit the ground running for a 12th premiership with a new-season double by his Group 1 winner Press Statement.

The champion trainer prepared Spokesman for a strong first-up win at Eagle Farm on August 4 and Toomuchtobear (NZ) was extra impressive in the Sky Racing Hcp (1200m) at Newcastle on Wednesday.

Toomuchtobear impressed Damian Lane winning his maiden at Bendigo last month and found clockwise racing to his liking at Newcastle.  “This horse has got a bright future.  He’s a very nice animal,” jockey Lee Magorria said after the two-length victory.  “Chris will place him well and will probably knock off a few nice races.”

Waller’s bloodstock advisor Guy Mulcaster bought him for $120,000 at the 2019 NZB Karaka Yearling Sale for a syndicate managed by Nev Greenhalgh.  His dam Bearish (High Chaparral) is closely related to NZ Group 2 winners Waikiki and Puttanesca.

“Toomuchtobear is very exciting,” stable rep Charlie Duckworth said.  “It’s hard to put a limit on this guy but it’s a massive advantage having a horse that can go either way – Sydney or Melbourne.  That versatility will help when we map out the carnivals.”

Spokesman is back on track after a powerful first-up victory at Eagle Farm for Star Thoroughbreds.  He was a 2yo winner at Canterbury and Warwick Farm but drew a blank after transferring to Brisbane earlier this year.

Press Statement mare Time Scale had opened the Perth season the right way for trainer Simon Miller last Wednesday.  She took advantage of the cutaway rail to win the TABtouch Hcp (1000m) by more than three lengths from Smashing (Playing God) and Somethingready (More Than Ready).

“She’s going places but isn’t very effective on wet tracks so we will probably spell her now,” Miller reasoned.  “I liked the way she put them away today.  She was coming back from 1400m to 1000m but I was confident because the aggressive types can generally handle a drop in distance.”

Miller bought Time Scale as a foal for $37,500 at the 2018 Magic Millions National Weanling Sale on behalf of a syndicate managed by Ray Meadowcroft .  Her dam Before the Present (Hussonet) is an unraced half-sister to Silver Slipper Gr.2 winner Domesday (Red Ransom). 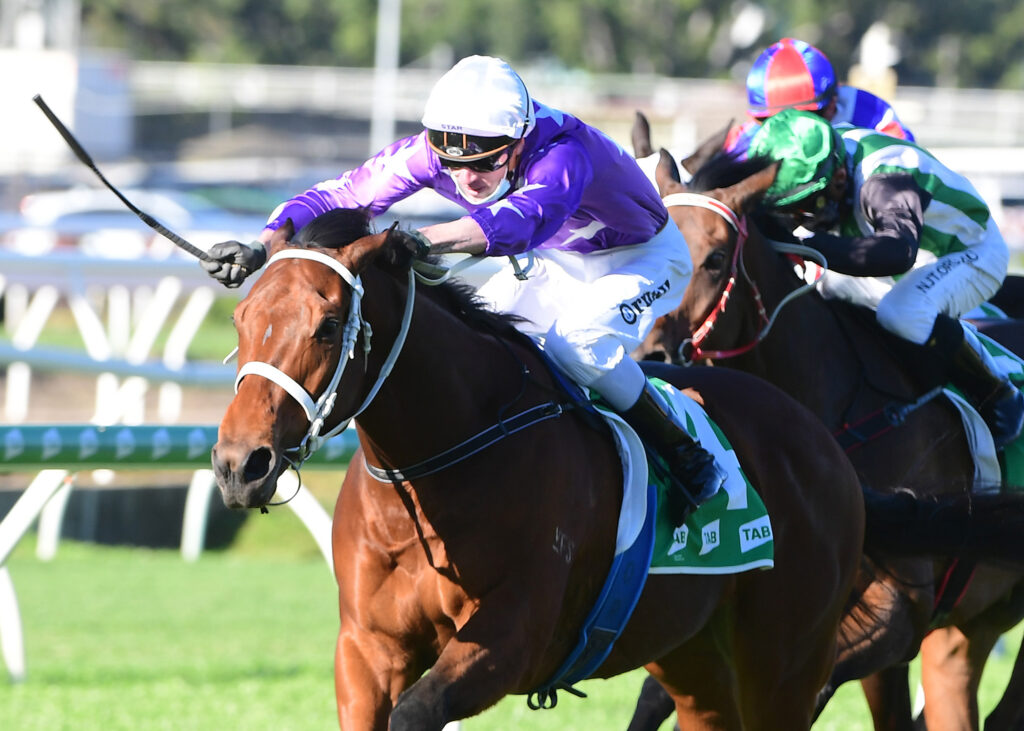