Casino Prince mare Sunborn is ready to deliver on the promise she showed as a young filly for trainer Edward Cummings.

Racing for just the third time in over a year at Hawkesbury on Tuesday, she overcame a slow start at her home track to win the Landa Toyota Hcp (1300m) with something in hand under Kerrin McEvoy.

Sunborn was no more than a couple of lengths behind the best 2yo fillies of her generation following fifths in the 2020 Inglis Millennium RL, Reisling Slipper Gr.2 and Inglis Nursery RL.

Cummings mapped out an ambitious 3yo program starting with the Golden Rose Gr.1 but she missed the majority of the season recovering from a fractured a lateral splint bone incurred when Hot’N’Hazy fell in a race at Rosehill.

“It has been a testing time, knowing what she is capable of producing,” Cummings said.  “We had her very fit coming off a good first-up performance at Randwick last month and she’s developing greater continuity in her work and racing.

“The plan was to sit behind the speed today and Kerrin was able to do that despite a hiccup jumping from the barrier.  When the gap appeared, he was able to take advantage, balance up, and she let down beautifully.”

Sunborn is by a stallion Cummings knows very well.  Casino Prince was a Randwick Group 1 winner for his father Anthony before embarking on a successful stud career that has delivered 386 individual winners at a 70% strike-rate.

Her dam Honeymoon Cruise (Fastnet Rock) is a three-quarter sister to Hong Kong Group 1 winner Mt Stunning and Cummings is currently in talks to secure her 2yo filly by So You Think.  He paid $58,000 for Sunborn at the 2019 Inglis Classic Yearling Sale on behalf of a syndicate that includes Maven Racing and IQ Thoroughbreds.

Sunborn is one of several Casino Prince mares prepping for the Sydney spring carnival.  Sunrise Ruby completed a winning hat-trick at Randwick on the final day of last season and trainer Mitch Beer reports she pulled up ‘pretty well’ following a really nice gallop in company on Tuesday morning.

Sunrise Ruby is being set for the $1.3million The Kosciuszko (1200m) at Randwick on October 16.

A week later, Casino Prince’s Group 1 mare Sweet Deal will have an even richer assignment in the $2million The Invitation (1400m) at Randwick.  New owners Lustre Lodge will have Sweet Deal covered by Zoustar is September before she returns for a final campaign with trainer John Thompson. 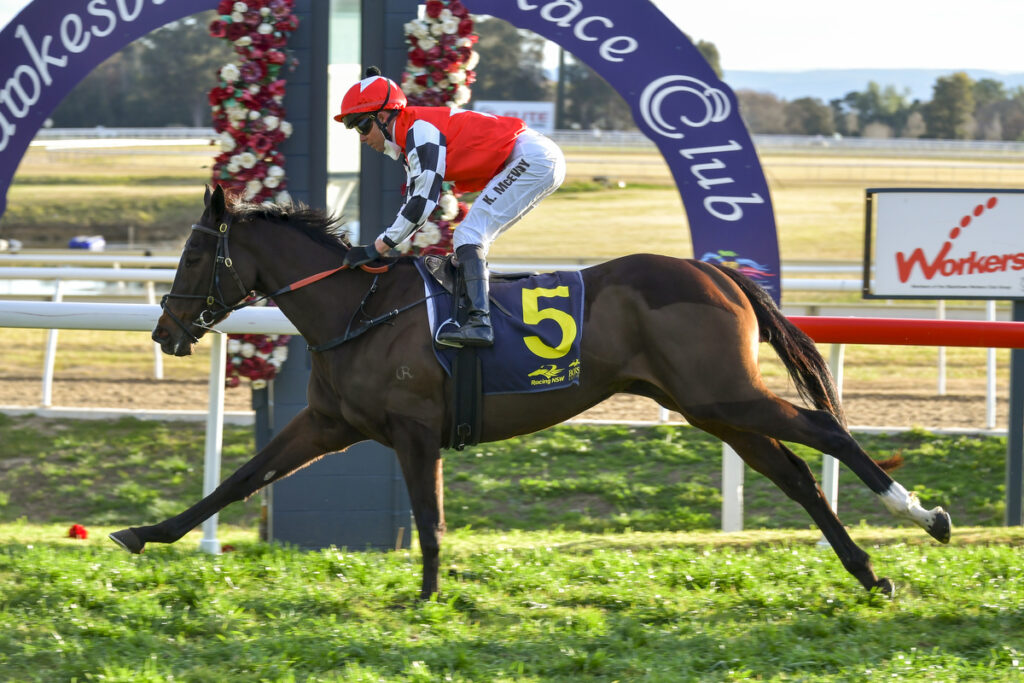