Antonio Giovanni could be added to Chris Waller’s formidable team being mobilized for the Brisbane winter carnival after he closed late to win at Wyong on Thursday.

The 3yo colt went out a $1.75 favourite racing first-up in the PBL Law Group Plate (1300m) and was coasting in the small field behind Oxford Vision.  There were some anxious moments when he took a while to get balanced and let down but he dived right on the line under a well-timed ride by Brenton Avdulla.

Antonio Giovanni is a son of Vinery champion All Too Hard from Kaaptive Empress (Kaaptive Edition) who is also the dam of Vinery’s Group 1 winning stallion Press Statement.

Waller orchestrated Press Statement’s first Group 1 in the J J Atkins Stakes at the 2015 Brisbane winter carnival for owner Tony Muollo and they doubled up later that year in the Group 1 Caulfield Guineas.  Now a successful seafood wholesaler after arriving in Sydney in 2005, Muollo goes way back with Waller to his days as a rookie trainer in New Zealand.

“Chris recommended this colt’s family early on and that made me go out and buy Kaaptive Empress,” Muollo recalled  “I picked her up at a very reasonable price.”

Kaaptive Empress was pensioned last year, however, Muollo and his wife Gianna have four of her daughters at stud.

Waller sent Antonio Giovanni to the Melbourne spring carnival earlier this season but it was a steep learning curve and he was all the better for unplaced runs in a Group 3 at Caulfield and Group 2 at Moonee Valley.  “He’s still learning and Thursday’s win was a huge positive,” stable spokesman Jack Pilkington said.  “He’s a big horse and won on a tight track over a distance far too short of his best.

“It took all of the 1300m to get there so we look forward to him getting out over a bit more ground throughout the preparation.  A trip north for the Brisbane Carnival could be on the cards as he builds through the grades on the Queensland Derby trail.

“He has taken more time to mature than his older half-brother Press Statement.  He deserves the opportunity and we look forward to him really hitting his straps over the coming months.”

Press Statement (Hinchinbrook) initiated another winning run of his own with No Statement in the Easter Bunny Hcp (1100m) at Nowra on Sunday.  He led from barrier-to-box for owner-trainer Mike Van Gestel and his wife Louisa.

Press Statement sired 15 individual winners in the month leading up to Easter and he’s embedded among Australia’s Top 5 third-crop stallions in the winners and wins categories (45 – 73) this season. 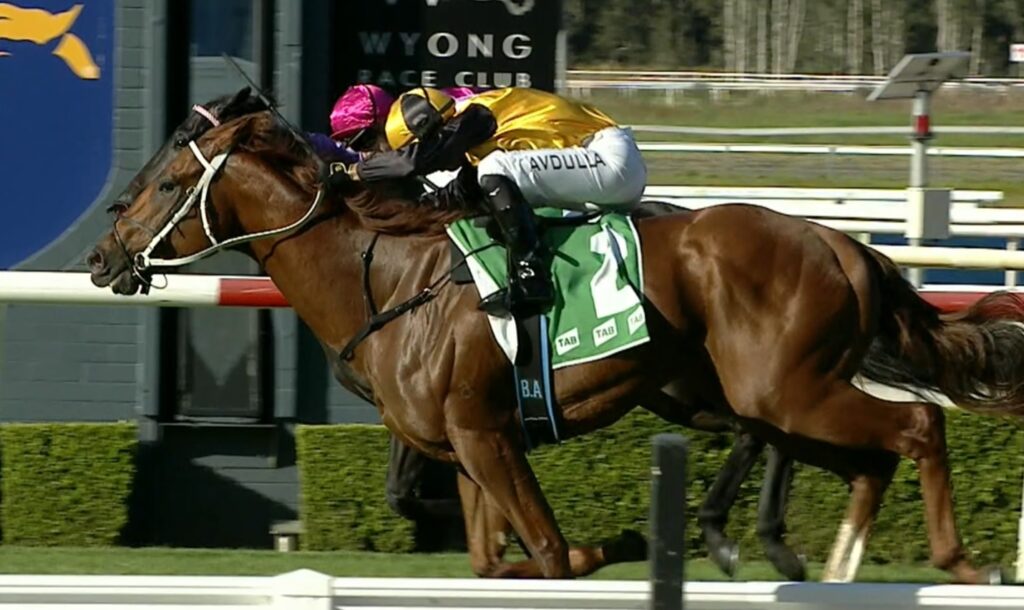