Trainer Gary Moore has rated Much Much Better a Group 1 galloper for some time and now the time is right to realise that potential in a big sprint.

“He’s pretty special and we’re heading to the Stradbroke!” Moore declared after the Vinery graduate won the Catanach’s Hcp (1200m) at Randwick on Saturday.  “It’s great to win a race on such a big day.  And it was a brilliant ride by Brock (Ryan).

“I’ve always had a big opinion of this horse.  He has the ability to generate sustained speed and then find something extra over the final 200m.

“He trialled extra well at Warwick Farm last week and we came here confident.  That was his first run for four months and now we’re going to capitalize.”

“My horse goes fast but they went out at a breakneck speed today,” Ryan reported.  “He couldn’t keep up so I had to go to Plan B and take a sit.  I was cursing when Hughie (Bowman) got an inside run but luckily mine is a better horse.”

Much Much Better (4g Stratum – Dayeala by Starcraft) had topped the Vinery consignment at the 2019 Inglis Classic Yearling Sale.  A flashy grey, he was sold for $280,000 as agent for Queensland breeder Neil Jenkinson to Viribright Racing owner Y P Cheng.

Cheng also races under the Domeland brand and he continued that association with the family when buying an All Too Hard – Dayeala colt from Vinery and Jenkinson for $220,000 at this year’s Inglis Classic Yearling Sale.

Dayeala is a NZ-bred half-sister to Adelaide Stakes winner Sky Punch (Alamosa) and descends from a European family going back to Champion Irish colt Grey Swallow.  Her most recent service was a November cover to Exceedance. 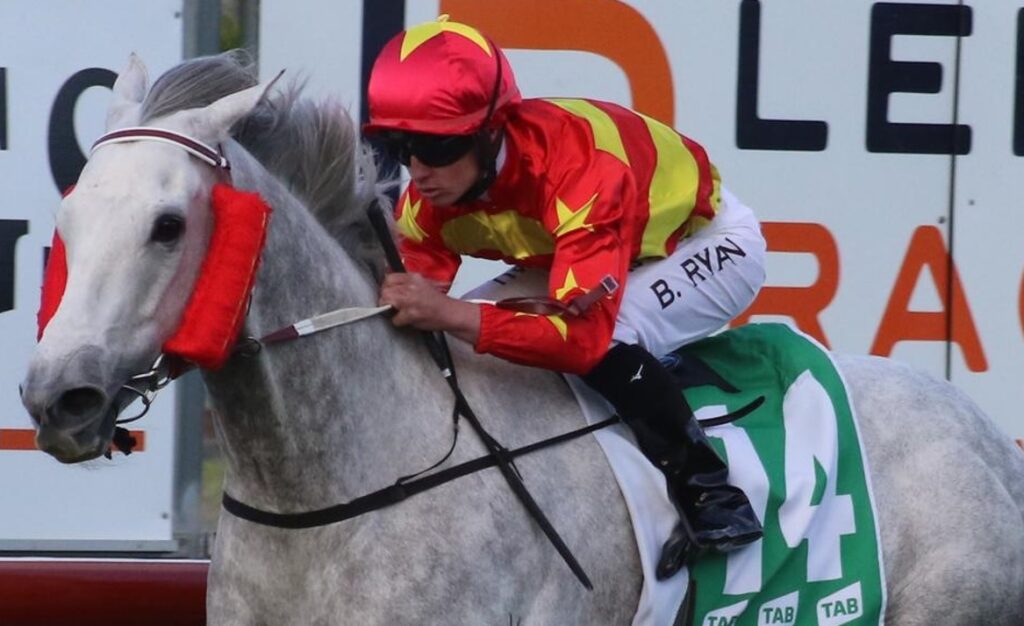