War Chant (USA) sired his 100th individual winner in Australia last month and he started a second century with two new winners at Albany on Friday and another at Kalgoorlie on Sunday.

The Yarradale Stud champion opened the Great Southern meeting with longshot Throttle in the TABtouch Maiden (1500m) and he made it a running double with odds-on favourite Sea War in the Wellington & Reeves Maiden (1100m).

His Goldfields filly Blooms was a front-running winners of the Kalgoorlie Refrigeration Maiden (1100m) at her first outing for local trainer Trevor Tasker. Her dam Heptonstall (Octagonal) won a G3 Winter Stakes in Queensland and her final foal was another War Chant filly purchased by Impressive Racing at last month’s Perth Magic Millions Yearling Sale.

War Chant has now sired 103 individual winners in Australia and among them are 20 stakes performers.

Dawson Stud homebred Chanzig opened his local account in the Crown 2yo Plate at Ascot in November 2014.  Forgotten Jewel notched No.100 in Australia at Ascot on February 15. He was winning on debut for Balmoral Park owner Neil Irvine and trainer Lindsey Smith.

World-wide, War Chant (Danzig) has sired 528 individual winners with his USA-based stock accounting for 266. After initially shuttling from Kentucky for three years, he was purchased outright to stand permanently out here by Yarradale owner Ron Sayers in 2014.

Yarradale manager Bernie Hamill has overseen all nine of his southern books and the numbers are now limited to an average of 45 mares. She’s currently halter-breaking and microchipping the current crop of foals and among them are War Chant’s full-sister to Dainty Tess and half-brother to Mizlecki.

Another well-bred foal just weaned at Gidgegannup is the full-sister to Yarradale’s recent Ascot 2yo winner Ima Single Man. “He’s in the Karrakatta Plate next Saturday,” Hamill said. “Hopefully, the COVID-19 bugs stay away and he makes the final field.”

Ima Single Man is by Gingerbread Man from Single Spice (Not A Single Doubt) who won the LR Supremacy Stakes in 2011 and was beaten less than a length when fourth in the G2 Karrakatta Plate won by Night War.

Yarradale unearthed another promising juvenile at Ascot on Saturday when Bradbury’s Luck debutante The White Witch was runner-up in the TABTouch Plate (1000m). The grey filly was leased to Ascot trainer Sarah Evans and was easy to back each-way at $21 despite coming off winning trials at Lark Hill and Belmont. 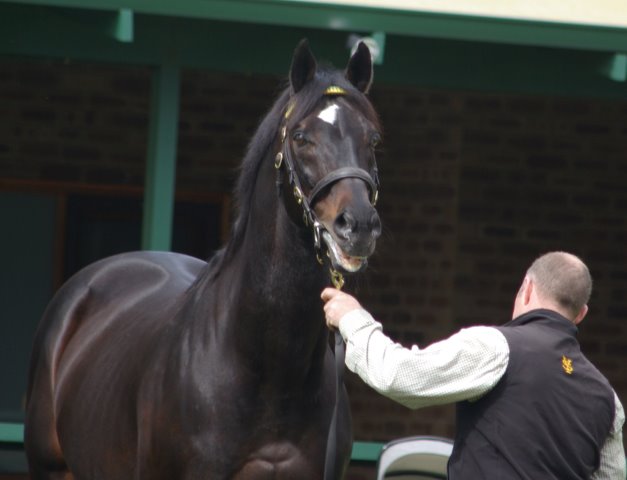