Inner Warrior appears to have the local opposition covered for the LR Tasmanian Guineas on New Year’s Eve.

He swept aside his rivals in the PFD Foodservices Trophy (1400m) on Wednesday evening and should start a pronounced favourite for the $90,000 feature event back at Launceston next Tuesday week.

Inner Warrior (3g God’s Own – El Milagro by Encosta De Lago) sustained a searching run from the half-mile to score a convincing victory in the 3YO Trophy.  “He needed that run to top him off,” trainer Terry Evans said.  “They will have to bring a good one from interstate to beat him.”

The God’s Own galloper had won the Tasmanian Sires’ Produce Stakes in May but Evans wasn’t happy after he returned from a winter spell.  “He wasn’t right in the coat and just wasn’t delivering on the track.  We tipped him again on some spring grass and it did the trick.

“I’ve said he was a Guineas horse from the outset,” Ryan added.  “With the mile in mind, we planned to settle back in the field tonight and then swoop home.”

Apprentice Siggy Carr followed those instructions to the letter.  “I’ve been on him from the time he first arrived at Terry’s stable,” she explained.  “He a free-rolling type so I had to stay away from the rails.  He switched on when I took off and was very strong on the line.”

Inner Warrior is owned by the Horse Racing Tragics and the syndicate is managed by Adam Upton.

His dam El Milagro won at Sandown and Moonee Valley and her latest God’s Own is a 2yo gelding named Concrete Johnny.  He is also trained by Evans for the Horse Racing Tragics and was placed at Elwick in October and November.

God’s Own (Redoute’s Choice) has just completed his first season at Greta West Stud.  He is currently third among active sires on the Victorian premiership with earnings of $1.27 million. 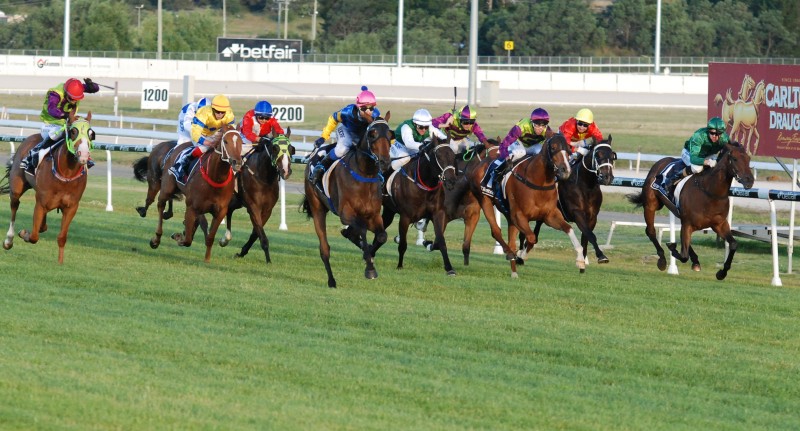