Testa Rossa colt Unencumbered was elevated to the third line of betting for the Magic Millions 2YO Classic after a brilliant lead-up victory at Wyong on Thursday.

The Bjorn Baker trained youngster sprinted strongly in the straight to win the Wyong Magic Millions (1100m) by a length from Melbourne visitor Geromayo.  He immediately firmed into $6.50 behind Oakleigh Girl ($4.50) and Echo Gal ($5) for the $2 million Magic Millions Classic on January 11.

“He’s pretty straightforward and has a fantastic attitude, especially for a colt,” Baker said.  “He will be a genuine contender up at the Gold Coast.”

Unencumbered (2c Testa Rossa – Blizzardly by More Than Ready) settled well back in the small field before Nathan Berry split the leaders on the corner.  He cleared out and, despite being eased down, clocked a race-record 63.39s.

“Full credit to Nathan,” Baker said.  “I did tell him to be on the speed but he knows the colt and rode him well.”

The winner’s dam Blizzardly was bred by Vinery and she was a precocious juvenile winning the LR Keith Mackay Stakes at Randwick.

Vinery sire Testa Rossa won the 1999 Magic Millions Classic and he has 14 yearlings catalogued for the 2014 Magic Millions yearling sale including the filly out of Dubleanny (Lot 345) who is the first to parade from home base.

Dubleanny (Dubleo) was a Listed winner of the Creswick Stakes and Straight Six Hcp at Flemington.  It’s her first foal and she delivered another filly by Congrats in October. 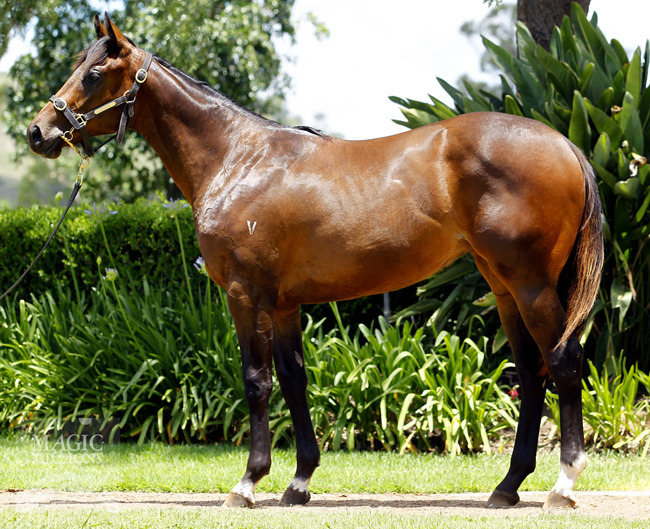