Trainer Toby Edmonds reckons his Headwater flyer Wisdom Of Water is right up to Group 1 company after another free-wheeling victory at the Gold Coast on Friday.

He had won the Gold Nuggett in January and followed up with an unlucky fourth in the $2 million Magic Millions Classic RL back at the Gold Coast a week later.

“We’re excited with this colt and he’s nowhere near fully fit,” Edmonds said after the first-up runaway.  “There didn’t look much of a tempo today and he settled nicely in front for Robbie (Fradd).

“I don’t want to pre-empt how far he can go – we will let him do the talking.  But he will be right for the Ken Russell Classic or the Champagne Classic and then there’s the J J Atkins.”

Wisdom Of Water is from the first crop of Vinery sire Headwater and his Group 1 rivals at the Brisbane winter carnival will include fellow Vinery-sired colts Spokesman (Press Statement) and Saffiano (More Than Ready).

Edmonds trains the flashy chestnut in tandem with his son Trent and confirmed the J J Atkins is the goal at Eagle Farm on June 6.  “It’s the only Group 1 up here for him and we will have a crack for sure.  He’s a good doer at home and has a lovely action.  He also has a few quirks like a lot of young colts but is starting to come around.”

Wisdom Of Water (2c Headwater – Regal Tier by Royal Academy) is raced by Chinese-based Golden East Horse owner Zhiqiang An.  He is from a half-sister to stakes performers Tierquillo and Eminence Grise and cost $70,000 at the 2019 Gold Coast Magic Millions.

Wisdom Of Water is a precocious colt and Headwater has also sired city-winning fillies Aquagirl (Flemington) and Mileva (Murray Bridge).  Their sire won a Silver Slipper Gr.2 at Rosehill and trained on to beat older horses in a Kensington Stakes LR at Flemington before retiring to Vinery. 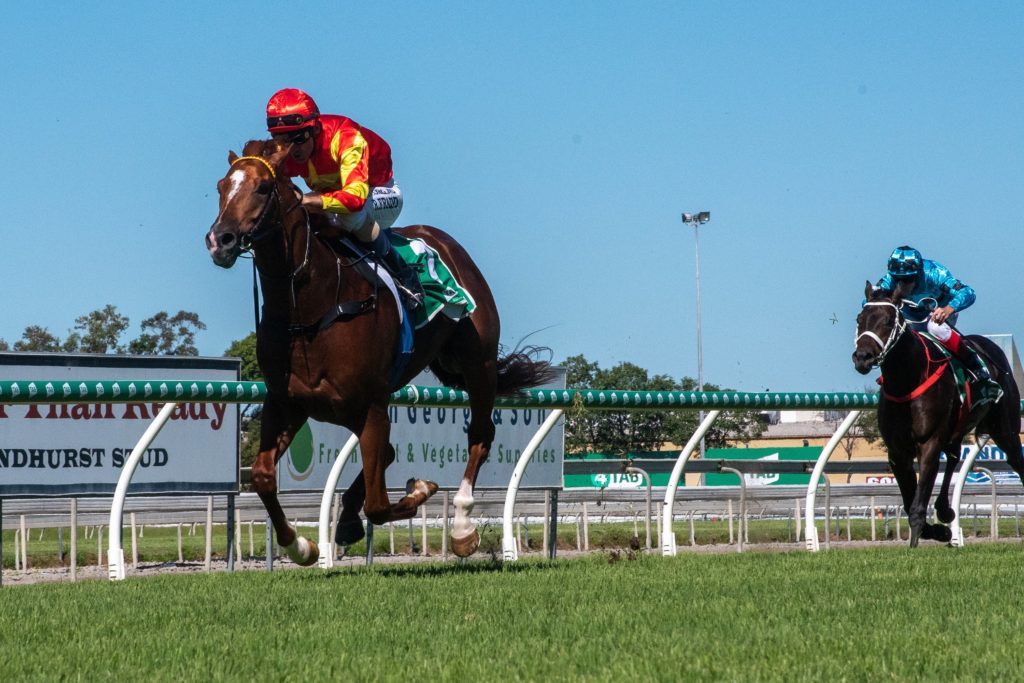