The largest catalogue in Inglis Digital’s history concluded on Thursday with 420 lots sold for a record turnover of $4.14 million off a clearance rate of 77%.

“The April Online Sale was very strong,” Inglis Digital Business Manager Nick Melmeth said.  “We were concerned that the large volume of entries might compromise the sale but the quality of lots were readily found across all categories and competition was spirited.”

Western Australian vendors entered 17 lots topped by Rivercrest Park (as agent) with Zigello ($25,000) and Macchiato ($19,000).  Both mares were covered by Ducimus last year.

Irish-bred Zigello (Intello) was purchased by NSW-based Raphie Bloodstock and hails from a successful family nurtured by leading French breeders Alain and Gerard Wertheimer.  She is an unraced half-sister to Battalion (Authorized) who won stakes races at Goodwood and Lingfield and Tafish (War Command) who won a Southwell 2yo sprint in October.

Macchiato (O’Reilly) is a half-sister to Group 3 winner Grand Nirvana and was bought by Belmont Bloodstock.  Her 3yo gelding Dinga (Safeguard) has won in heavy going at Casterton and Ballarat this season and has been nominated for the Australian Bloodstock Hcp (1000m) at Bendigo this Sunday. 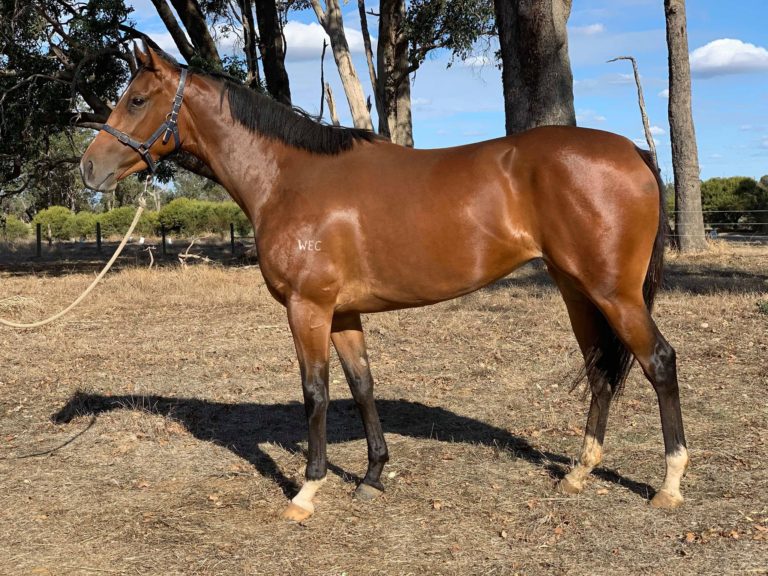