Stablemates Gemma’s Son and Jericho Missile are set for rewarding autumn campaigns after their rousing first-up runs in the MGIB Hcp (1000m) at Bunbury on Saturday.

Gemma’s Son (Snippetson) scored with something in hand and trainer David Harrison was equally pleased with Jericho Missile (Smart Missile) who ran home late to finish second about a length behind the winner.

In a sprint with plenty of depth, Gemma’s Son camped on the speed for 3kg claimer Kristy Bennett before angling to the centre of the track to collar the leaders at the furlong.  “They’re both (RL) Magic Millions 2yo Classic winners and it’s great to see them come back like that,” Harrison said.  “They’re in for nice preps.

“Gemma’s Son is a genuine horse and a pleasure to train.  He’s a lot stronger and settles better now.  I think he can get out in distance and be strong over a mile with the blinkers off.”

Snippetson’s former 2yo stakes winner Tinsnip returned to winning form with a narrow victory at Ascot on Sunday.

The Adam Durrant-trained 4yo never the left fence under Clint Johnston-Porter to narrowly defeat Invictus Domini (Playing God) in the Flying Colours Hcp (1400m).  He had won the G3 WA Sires’ Produce Stakes (1400m) in April 2019 but didn’t fire during a 3yo season when he was never a factor in a half-dozen starts.

“We don’t really know what happened last year,” stable rep Jason Miller admitted.  “He had a an off prep but is in a good place now.  He ran well first-up last month and toughed it out today.”

His 3yo full-sister Snip’N’Tuck won a Kalgoorlie maiden for Elsegood and Durrant in September and she is set to resume at Mt Baker this Sunday.  Mabel Grace missed in 2018 and 2019 and was last covered by Playing God on September 16.

Tinsnip is one of 18 individual winners from Snippetson’s first crop at Scenic Lodge and they have won 42 races and over $1.88 million in prizemoney. 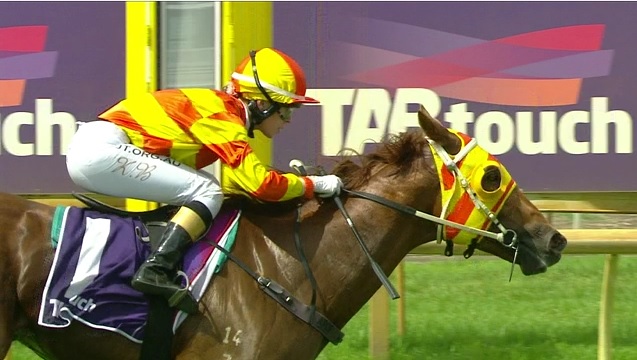