All Too Hard Champion Wellington has joined Hong Kong’s all-time greats with a dominant Group 1 victory in the Chairman’s Sprint Prize (1200m) at Sha Tin.

Wellington had won the final HKJC Group 1 of the season for the speed division last year and he produced another striking turn of foot to go back-to-back on Sunday.

“It’s a great achievement and I’m just so delighted the crowd is back on course to appreciate equine brilliance because that’s what it is,” trainer Richard Gibson exclaimed.  “He’s one of the top sprinters in the world.”

Wellington now sits alongside fabled speed-merchants Fairy King Prawn and Silent Witness among a clique of six to have doubled up in the Chairman’s Sprint Prize.  “I thought we had the best horse so it was a matter of getting our plans right,” Gibson said.  “I knew if we ticked the boxes he would get the job done.”

The British-born handler is in no rush to make international plans for a gelding who has won 10 times in 16 starts and is still open to further improvement.  “Covid changes every two weeks,” he added.  “It seems too difficult.  We’ve had such a wonderful season and we’ve now got plenty of time to sit down with the owners and have a chat.

“The horse has got such mental strength.  It’s rare for a sprinter to be so calm before a race.  I think what makes him different is that he can turn on this power like a flick of a switch.  And I thought Alexis (Badel) gave him a wonderfully good ride today.”

Wellington was bred by Kia-Ora Stud in partnership with David Paradice and Vinery partner Steve McCann.  He sold for $70,000 at the 2018 Gold Coast Magic Millions and the latest win sent his earnings to the equivalent of AUD7.12million for owners Michael Cheng Wing On & Jeffrey Cheng Man Cheong.

His dam Mihiri (More Than Ready) won at Randwick for Team Hawkes and she foaled an All Too Hard filly in August.

Wellington is one of 7 individual winners of 12 races by All Too Hard in Hong Kong this season and his multi-million dollar exploits have sent the Vinery sire into fourth place on the HKJC Sires’ premiership.

Multiple Group 1 winning mare Forbidden Love has helped manoeuvre All Too Hard into a Top 10 finish on the Australian premierships and he sired another lucrative domestic winner on Saturday when Imperial Lad was successful in the $250,000 VOBIS Gold Mile at Caulfield.

“He’s a ripper,” trainer John Moloney said after Imperial Lad denied Lindsay Park galloper So Si Bon by a neck.  “He had a tough run last week and I was initially a bit worried about backing up.  But he came through the race okay and that gave us the impetus to get here today.”

Imperial Lad was bred by Noel Penfold from Stammer (Viscount) who won a Seymour maiden in a career limited to five starts for Godolphin trainer Peter Snowden.  He sold through the Vinery draft (as agent) for $80,000 at the 2018 Gold Coast Magic Millions and has now earned $612,000. 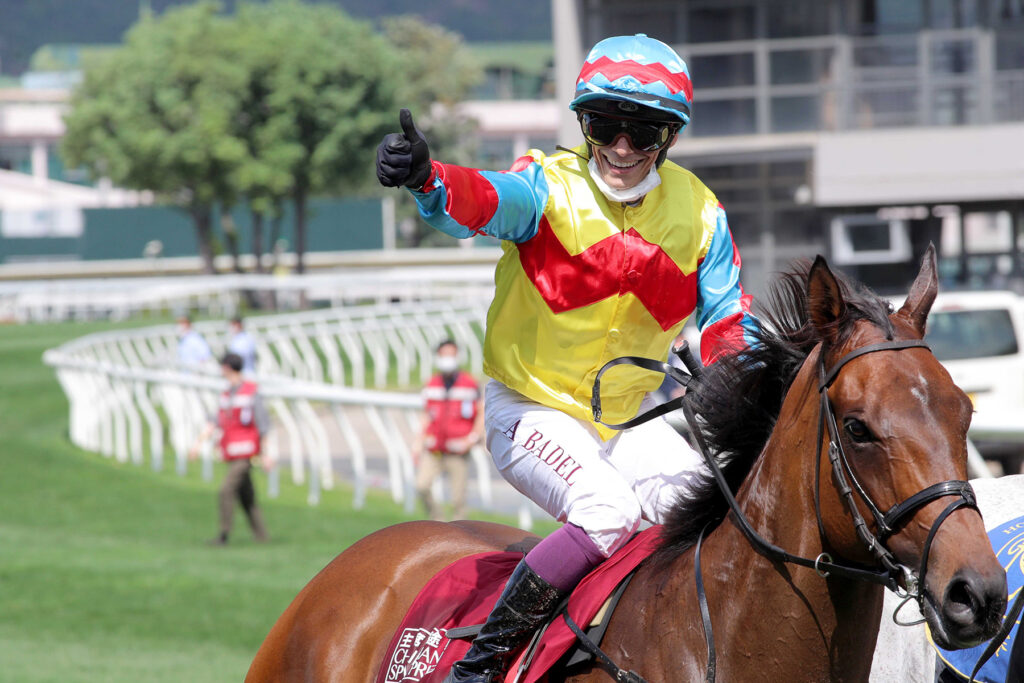