All Too Hard’s exciting sprinter Wellington has a Group 1 assignment in sight after leading home a Hong Kong treble for Vinery on Sunday.

“We were up against some very good horses today and at one stage it looked like he was going to win the race very easily,” Gibson noted.  “He was tiring in the last 50m but it was an excellent performance.

“These are the ones that get you out of bed in the morning.  You don’t need an alarm clock when you’ve got Wellington.  He’s given me plenty of headaches along the way but I’m enjoying the ride.”

Wellington (4g All Too Hard – Mihiri by More Than Ready) was unbeaten in his first three starts, however, tendinitis kept him on the sidelines for the majority of 2020.  He will now target a Class 1 over 1200m on March 13 as a dress-rehearsal for the Chairman’s Sprint Prize on April 25.

Champion jockey Zac Purton is confident the best is yet to come.  “He’s developing every start but isn’t quite there yet.  He’s been a bit stop-start and Richard has had a tough time so let’s just hope that one day we can see the finished product.”

All Too Hard sired Wellington from Mihiri who won at Randwick for Team Hawkes prior to a Group 2 placing in the 2015 Breeders’ Classic at Rosehill.  He was bred by Kia Ora Stud, David Paradice and Vinery partner Steve McCann and sold for $70,000 at the 2018 Gold Coast Magic Millions.

The All Too Hard cross with More Than Ready has been a very successful nick with a 75% strike-rate led by Stakes winners Outrageous and Forbidden Love.

Wellington’s 2yo half-brother Turnstar (Star Turn) was runner-up to Birdsville at Werribee last month and the winner subsequently earned black-type on when placed in the Talindert Stakes LR at Flemington on Saturday.

Wellington was the second-leg of a winning double for All Too Hard following Decisive Twelve in the Kut Cheong Hcp (1200m).  He was bred by Jeff & Janine Allis and sold for $100,000 at the 2018 Inglis Premier through Noorilim Park.

More Than Ready closed the Sha Tin card with Super Football going back-to-back the Kung Hei Hcp (1600m) for Purton and trainer Jimmy Ting.  His dam Raziyya Of Sydney (Redoute’s Choice) is a daughter of NZ Group 1 winner Zirna who later earned Horse of the Year honours in Singapore.

Hoofnote:  All Too Hard has Behemoth returning to Group 1 action in the Futurity Stakes at Caulfield this Saturday.  And there was further good news for the Vinery champion last week when it was announced Alligator Blood had been given the all-clear to resumed pre-training after successfully recovering from spinal surgery. 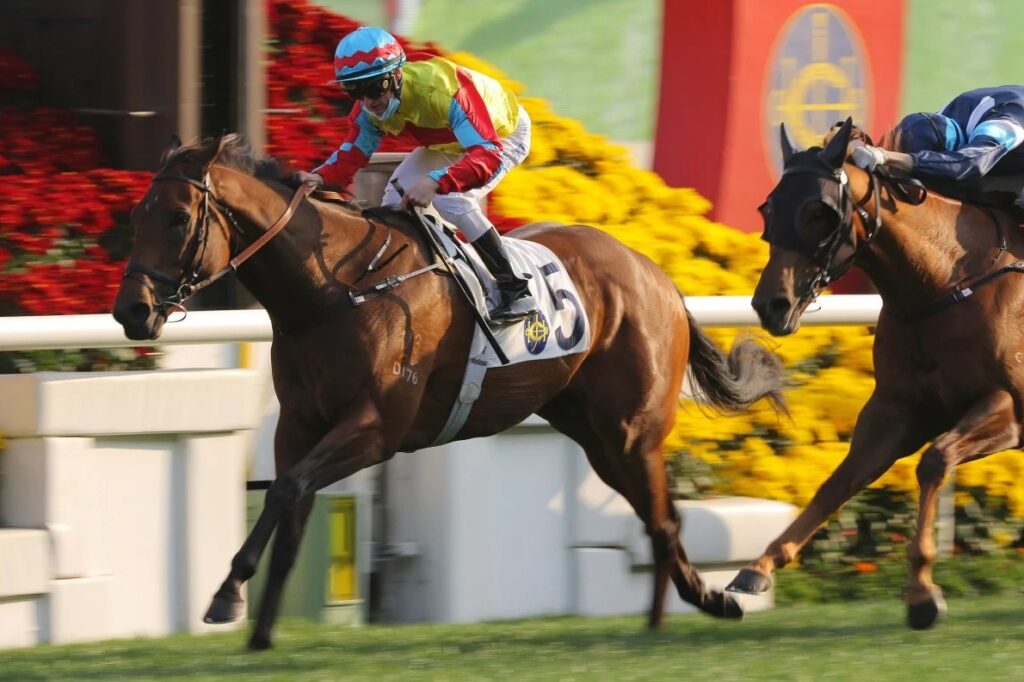