Saturday’s $51 victory surprised punters but Harrison had hatched a plan to put the favourites out of kilter in the classic.  “She doesn’t have a sprint so I told Jason (Whiting) to let her bowl along and put the pressure on a long way out.  The idea was to make the race a true staying test and luckily it came off.”

Lunar Impact (3f Real Impact – Moonsong by Redoute’s Choice) was pinhooked as a foal for $26,000 by Westbury Park owners Phil and Lindy Ibbotson at the 2018 Magic Millions National Sale.  The Pinjarra couple sold her to Harrison for $62,500 through the Western Breeders Alliance consignment to the 2019 Perth Magic Millions.

Harrison had given her a searching preparation with six starts covering close to 10,000 metres since Xmas.  Her final lead-up was a respectable fourth in the LR Natasha Stakes and she kept finding on Saturday to defeat Pure Devotion (So You Think) thus denying Bob and Sandra Peters a seventh straight victory in the WA Oaks.

Whiting admitted he would have settled for a place when Lunar Impact was headed by Temptacion (All Too Hard) in the straight.  “Then I felt her change stride and lift and I knew I had that one covered.  Then it was just a matter if anything else was coming.”

Her sire Real Impact (Deep Impact) shuttled from Japan’s Shadai Stallion Station and she’s a half-sister to Man Of Choice (Manhattan Rain) who was Group 1 placed in the 2015 Spring Champion Stakes (2000m) at Randwick.

Westbury Park provided Harrison with another long-priced feature winner last month when Cryptic Love (My Admiration) landed the LR Pinjarra Classic at $31.  She cost $30,000 as a yearling and has now won over $500,000 for Harrison and his wife Jenny.

The Ibbotsons continued their profitable run with pin-hookers this year selling colts by Impending, Playing God and Capitalist.  They were purchased for a total of $135,000 and increased in value to $490,000 at yearling sales on the Gold Coast, Perth and Melbourne. 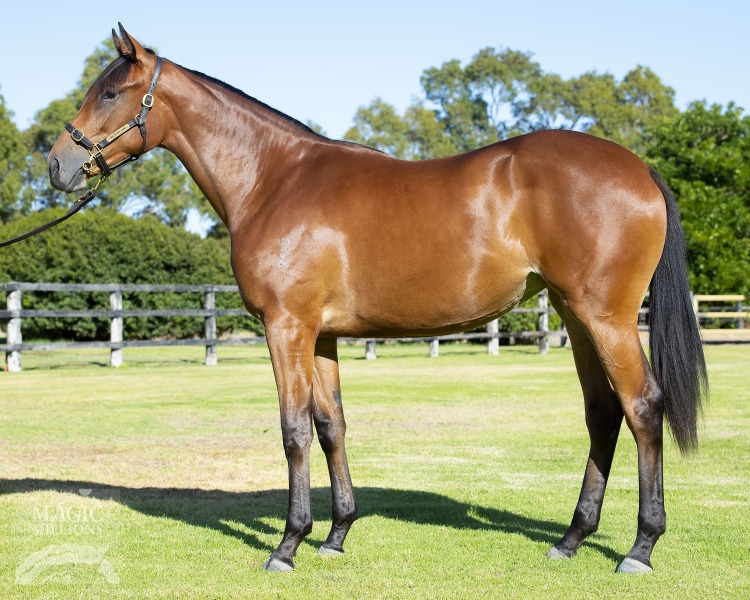