All Too Hard filly Night Flyer was offered a simple assignment at Hawkesbury on Tuesday and she responded in kind with a three length victory for local trainer Brad Widdup.

Starting a short-priced $1.65 favourite in an open-aged maiden, she overcame a slow start to stalk the leaders before cruising home under Christian Reith in the Blakes Marine Hcp (1100m).  “Night Flyer is a pleasure to train and I’m delighted to win my first race for Vinery Stud,” Widdup said.  “She’s a tough little filly and enjoys her work.

“She’s beautifully bred and the addition of blinkers certainly helped.  I will give her a few easy days and then make a decision whether to have a crack at a Saturday 2yo race in town.”

Night Flyer is Widdup’s second juvenile winner by All Too Hard this season following Switched who made a successful debut at Kembla Grange last month.  He was sent for a spell after a last-start second at Randwick.

Night War has a yearling colt by Press Statement, a weanling colt by All Too Hard and was bred back to Star Turn last October.

The Press Statement colt is an athletic, thickset individual and was purchased by trainers Ciaron Maher and David Eustace for $130,000 at the Inglis Classic Sale.  Their assistant Annabel Neasham was very pleased with the way he schooled in Sydney. 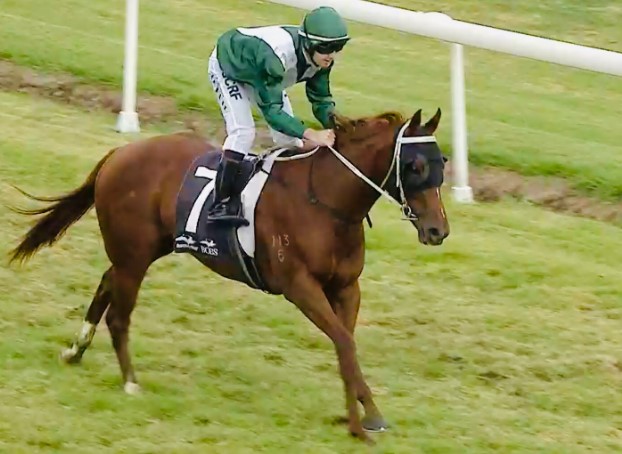