The Mark Kavanagh trained mare kicked clear in the straight to win by a length from Furnaces and the favourite Heatherly.

The key to Wild Rain is her consistent professionalism and serious pace – the kind of pace that puts early pressure on her rivals, finds a gear-change when challenged and keeps going until the job is done.  Or, as Kavanagh explains, “When you are able to run quick sectionals like her, it makes it hard for those chasing her.”

Given that ability, the flying mare is now headed for the G1 Moir Stakes at Moonee Valley on September 30.

The McEwen Stakes was Wild Rain’s second at Group level after her G3 Sir John Monash Stakes victory in July.  She has earned five times the $150,000 Kavanagh bid for her at the 2013 Gold Coast Magic Millions, where she was offered by Arrowfield Stud on behalf of long-standing client John Leaver.

Wild Rain is the best of three winners left so far by North Flower (Rory’s Jester), a winning half-sister to the dam of Australian Horse of the Year Northerly.  The mare has 2yo filly Desert Flower (Animal Kingdom) in training with Paul Messara for the Arrowfield-Leaver partnership.

The Teeley Assets-bred colt Manhattan Street almost gave Manhattan Rain a trans-Tasman double on Saturday when he was narrowly beaten by Highlad in the LR Wanganui Guineas.  His dam Charming Estelle is a sister to Lankan Rupee.

Manhattan Rain is also the sire of G2 San Domenico Stakes runner-up Tango Rain and they give the promising Arrowfield resident a great chance of making his mark on the Spring’s major prizes in Sydney and Melbourne. 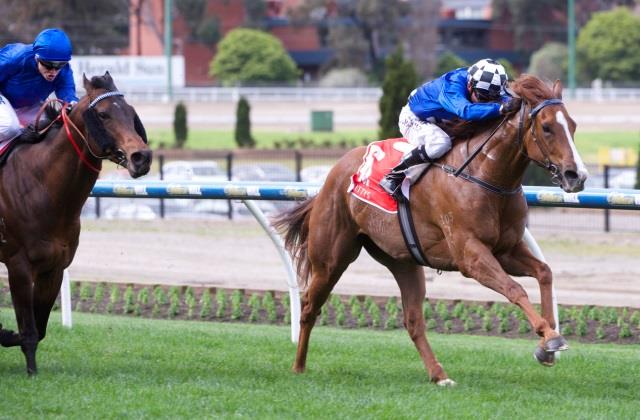