Power (GB) has notched the first win by a NZ freshman this season with Gift Of Power who was too good for her rivals in the Wellfield Lodge 2YO Plate (790m) at Wanganui.

Saturday’s winner is trained by Graeme and Debbie Rogerson and was a $180,000 buy from Cambridge Stud at the NZB Karaka yearling sale earlier this year.  Her dam Gift Of Power (Lucky Unicorn) was placed in the G1 NZ 1000 Guineas and descends from the great Eight Carat.

Gift Of Power will be set for the LR Wellesley Stakes with the long-term goal being the valuable Karaka Million.  “She’s going to Cambridge Stud on Monday and Sir Patrick Hogan has got a paddock saved for her outside his bedroom window.” Graeme Rogerson said.  “He kept a share and she’s a real professional who is only going to get better.”

Power (Oasis Dream) shuttles from Coolmore Stud in Ireland to Cambridge Stud for an $8,000 service fee.  The dual Group 1 winning son of Oasis Dream is off to a good start in Europe where he has already left 14 first crop winners headed by the Group 3 winner Peace Envoy.

Cambridge Stud reported Power’s 2016 book has been closed due to strong demand and he’s already a short-priced favourite to be crowned New Zealand’s champion freshman sire. 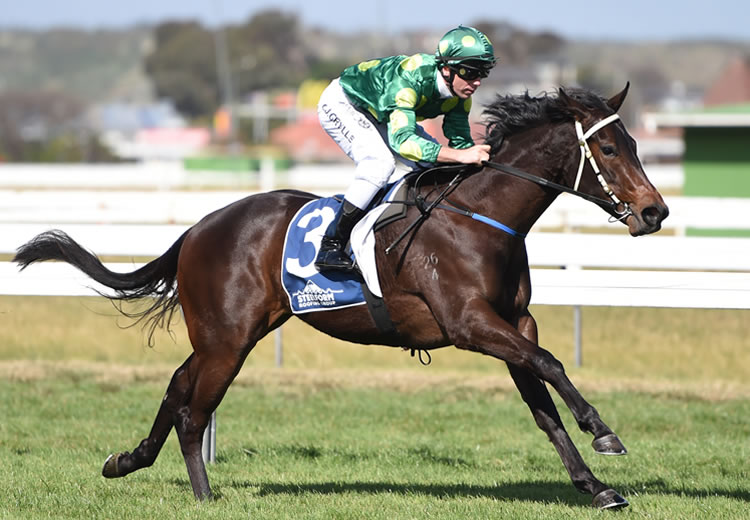